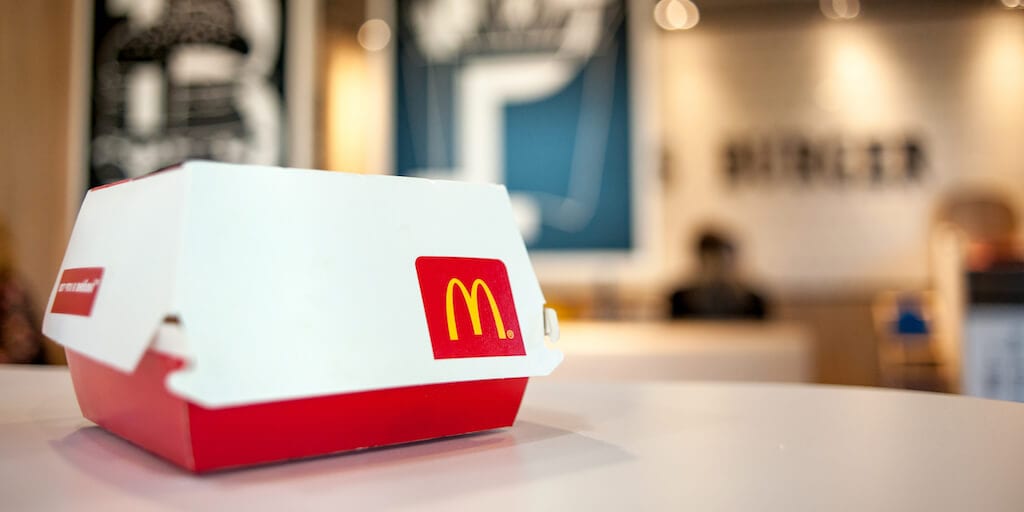 “There are other plant-based burgers out there, but the McPlant delivers our iconic taste in a sink-your-teeth-in (and wipe-your-mouth) kind of sandwich.”

This week, McDonald’s announced plans to debut a new line of plant-based meat alternatives called McPlant with vegan burgers expected to be rolled out in some markets around the world next year.

While McDonald’s is one of the few international chains that have yet to sell plant-based meat burgers on a permanent basis, the new platform will allow the chain to make its own meatless products, rather than collaborating with third-party vendors such as Impossible Foods and Beyond Meat.

“In the future, McPlant could extend across a line of plant-based products, including burgers, chicken-substitutes and breakfast sandwiches.”

Commenting on the new vegan burger, during the fast-food chain’s virtual investor update, Borden said: “As we have worked to better understand customer demand, some markets around the world have tested plant-based products.

“Informed by those learnings, we have created a delicious burger that will be the first menu option in a plant-based platform we are calling McPlant.” update on Monday.

Speaking to USA Today, Borden said that although  “there are other plant-based burgers out there, but the McPlant delivers our iconic taste in a sink-your-teeth-in (and wipe-your-mouth) kind of sandwich,”.

“It’s made with a juicy, plant-based patty and served on a warm, sesame seed bun with all the classic toppings.”

While the McPlant platform announcement is the company’s official foray into the meat-alternatives market, it has trialed several plant-based items at select outlets in the past.

Last September, it started testing a plant-based burger called the P.L.T. (plant, lettuce and tomato) featuring a Beyond Burger patty at nearly 100 locations in Ontario, Canada.

The chain also introduced the Big Vegan TS made with Nestle’s Incredible Burger in Germany.

In the United Kingdom, it serves a variety of plant-based options, including a vegan Happy Meal.

Share this story to let others know about the new McPlant burger by McDonald’s.