Meat alternatives orders surge by 463% on Grubhub in 2020 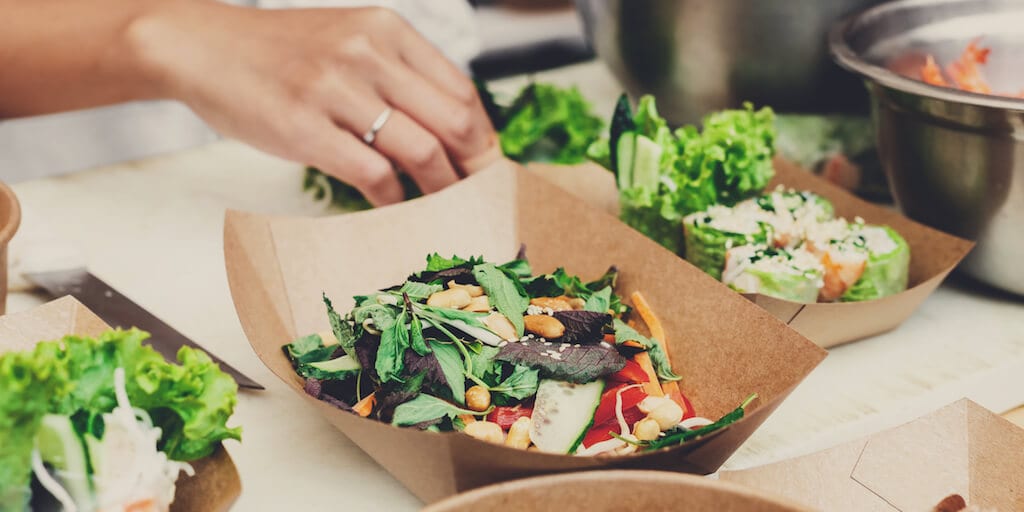 Grubhub’s annual “Year in Food” report revealed that the single biggest vegan order on the platform was for 300 bean burritos.

The online platform’s annual “Year in Food” report, analyzed over 30 million orders to find the popularity of meat alternatives soaring.

The top vegan dishes ordered throughout the year included tofu spring rolls and plant-based burgers, orders for which increased 263% and 251% respectively.

The report noted that while overall vegan and vegetarian trends saw a decent 13% growth, it did drop when compared to last year’s 27% increase.

Grubhub also reported that New York was the state with the highest vegan orders, followed by California, Oregon, Massachusetts, and Illinois.

The pandemic has changed the food landscape globally and more consumers than ever are opting for plant-based alternatives for health, ethical and environmental reasons.

In the UK, Deliveroo witnessed a 187% increase in vegan orders this year with nearly 30% of their main meal orders being meat-free.

According to the company’s report, the surge in orders this year is up by an average of 19% from last year.

In the last twelve months alone, the platform, which operates across 12 markets with more than 80,000 restaurant partners, also witnessed a whopping 100% increase in vegan orders in Hong Kong.

Singapore and Spain also reported a 60% and 25% increase in the volume of vegan orders, respectively.

Arabella Jenkins at Deliveroo said in a statement: “Not only have we seen a hungry appetite for new vegan and veggie dishes and restaurants from our customers who always order vegan, but we’ve also seen a Flexi trend emerging where an increasing number of customers are ordering a mix of vegan and non-vegan dishes.

“We are here to deliver a great choice and selection to our customers, whatever they fancy.”

Share this story to let others know about the growing vegan trend globally.