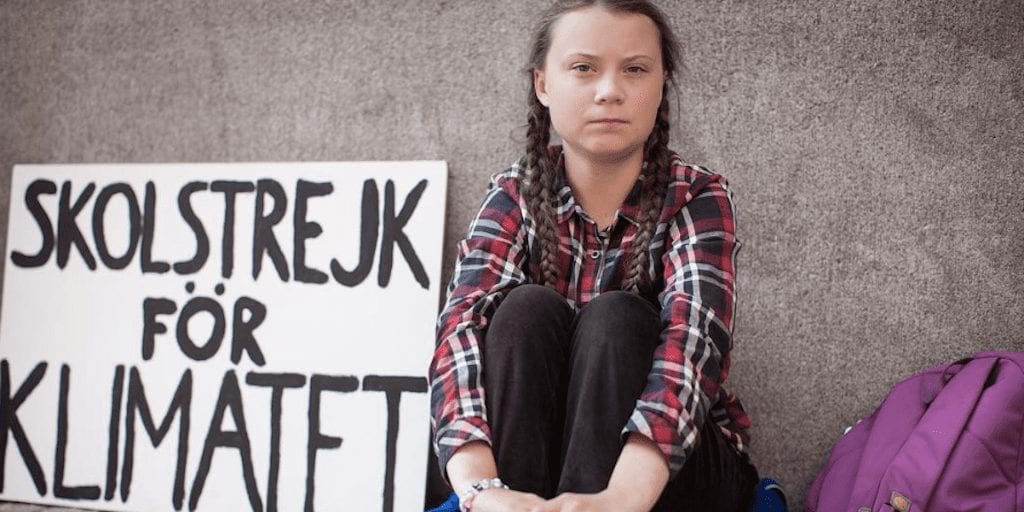 A global wave of school strikes is set to continue this week as young people urge world leaders to make significant commitments on climate change.

Renowned Swedish activist Greta Thunberg began the movement, which encourages students to walk out of class in organised mass protests aimed a catching the attention of powerful decision-makers.

Last year, aged 15, she skipped school every Friday in the build-up to the Swedish election in September.

This inspired tens of thousands of students across Europe to follow suit after her #fridaysforfuture social media campaign captured young people’s attention.

Her speech at a climate change conference in Poland last year sparked a mass school protest, in November 15,000 Australian students went on strike, while in the same month 45,000 students walked out of class in Belgium.

The latest School Strike for Climate Change is heading to the US for the first time this Friday, February 14.

The protest is being spearheaded by 13-year-old activist Alexandria Villasenor in New York, who witnesses the effects of climate change first hand as wildfires tore through her home state of California last year.

But school walk-outs have come under criticism, including from Swedish government, with some arguing students should protest rather than skip school.

The bold 13-year-old was not disheartened by criticism, and told Gizmodo: “If we’re not going to have a future, then school won’t matter anymore.

“We now have to start being more direct. We’re not going to get anything done if we keep going by the rules.”

“If everyone gets involved, then more ideas can circulate around. It will have to be a group project of the whole world.”

The protest is in partnership with climate change protest groups Zero Hour, 365, Extinct Rebellion and The Sunrise Movement.

Villasenor has personally protested climate change in front of the UN building every Friday.

Her actions were inspired by Thunberg, who for weeks on end sat outside parliament in Stockholm handing out striking leaftlets which read: “I am doing this because you adults are s******g on my future.”

She told The Guardian: “I am doing this because nobody else is doing anything. It is my moral responsibility to do what I can. I want the politicians to prioritise the climate question, focus on the climate and treat it like a crisis.

“But also I am thinking: what am I missing? What am I going to learn in school? Facts don’t matter any more, politicians aren’t listening to the scientists, so why should I learn?

“My teachers are divided. As people they think what I am doing is good, but as teachers they say I should stop.”

Sweden is seen as a world-leader on climate change, and has pledged to become carbon neutral by 2045, and surpassing targets laid out in the Paris climate change agreement.

But that isn’t enough for Thunberg, who continued: “This is too little too late, it needs to come much faster. Sweden is not a green paradise, it has one of the biggest carbon footprints.”

What do you think of these protests? Tell us in the comments below!