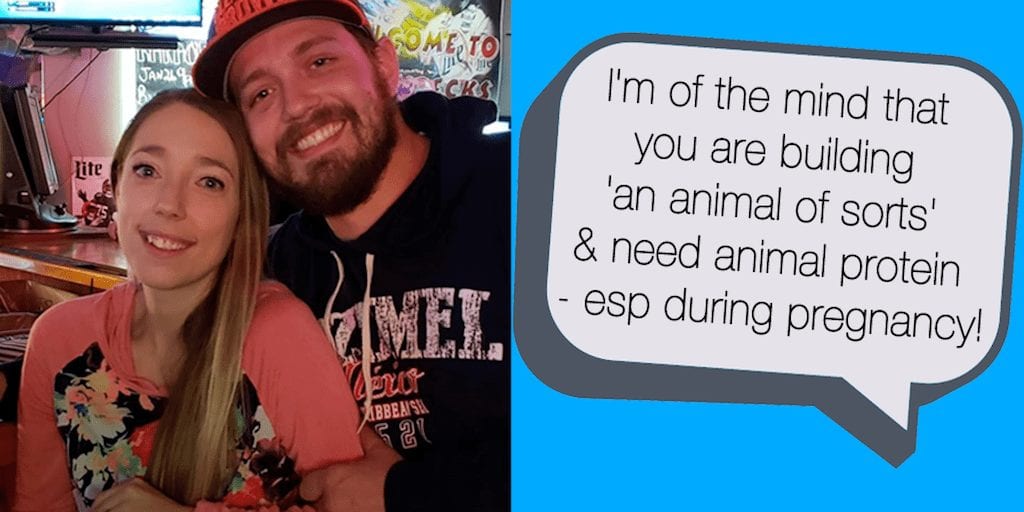 A pregnant woman has been left furious after she was rejected by a midwife purely for following a vegan lifestyle.

Brittany Davis, 30, claims she approached a local midwife who specialized in home birthing and arranged to meet her the following day.

However, during their conversation the expectant mother was surprised at the midwife’s attitude towards her vegan lifestyle.

Speaking to Newshub, the pregnant woman said: “Within half-an-hour of meeting, I was flooded with questions about my diet and the midwife told us that I’d have to eat ‘tonnes and tonnes’ of my usual diet to ‘meet the nutritional needs of a pregnant woman.

“I quickly shut the conversation down and told her I didn’t have any more questions, to which she replied ‘I’ll really have to think about working with you, I’ve worked with vegans before and they just didn’t cut it.”

Davis received a message from the midwife the following day explaining she was uncomfortable with her vegan diet and was ready to help only if the expectant mother began eating animal products.

She even sent Davis a picture of a book titled Real Food for Pregnancy.

The midwife wrote: “Hi Brittany. Thought carefully about us working together… thinking we might stress each other out with ‘veganism!’ – if you could find will to return to classic – maybe paleo diet even – it might work – I’m of the mind that you are building ‘an animal of sorts’ & need animal protein – esp during pregnancy!

“And you starting off with ‘weak blood’ by my standards… Blood is the river of life!! Let me know if you want to talk further… I enjoyed meeting you and Garrett!”

The expectant mother was mortified at the message and countered it stating: “So how could I have lived this long and become pregnant again if we were so deficient in these important things needed for development?

“All I’d say is that she should have researched more before shooting down the idea of working with a vegan entirely to try and get a better understanding of it.”

Being a vegan for over two years, Davis, an independent consultant, claims this isn’t the first instance she has been cornered for her food choices.

She clarified: “I became vegan just before my two-year-old son started solids, so he is also fully vegan.

“For the first six months, at least once a week, I was explaining to people that it is possible to raise a child vegan and not have them be malnourished.

“I would keep track on an app what I’d feed him every day and if someone brought it up I would show them the app – it happens a lot less often now.”

Brittany explained that she continues to maintain her own nutrient intake log and consumes prenatal vitamins and supplements to keep herself and her unborn healthy.

Have you ever faced backlash for being vegan? Share your stories in the comments section below!