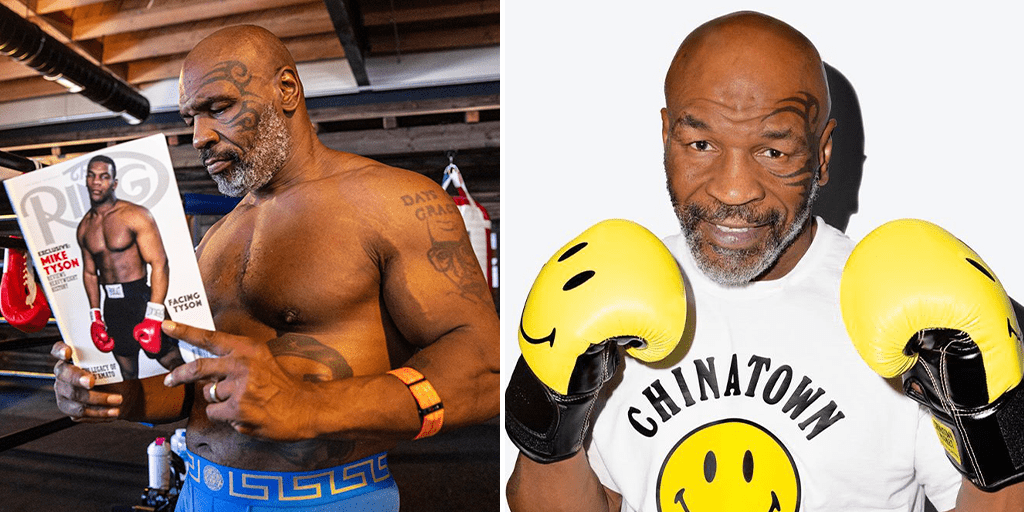 The legendary boxer has announced his return to the ring this year with an exhibition fight against Roy Jones.

Former world heavyweight champion Mike Tyson is making a comeback to the ring at age 54 after retiring from the sport in 2005.

He is set to have a face-off with 51-year-old Roy Jones Jr. in an eight-round exhibition match called the “TheFrontline Battle” on September 12 in Los Angeles, his Legends Only League website stated.

Tyson’s boxing match will air on pay-per-view and social media channel Triller and will also feature live musical performances by popular artists such as Lil Wayne, Future, Beyond Meat spokesperson Snoop Dogg, The Weekend, Pitbull, Marshmello, and more, according to TMZ.

“Iron Mike” was only 20 years and four months when he became the youngest heavyweight champion in boxing history and was considered the undisputed champion earning his nickname as “The Baddest Man on the Planet”. However, by the time he retired in 2005 at the age of 39, he had lost most of his ‘glory’.

Being a true sportsman, Tyson shrugged off his unhealthy lifestyle of steaks, alcohol and drugs and adopted a plant-based diet in 2010 in an effort to transform himself.

“I’ve been through some experiences and now I’m back here,” he said in a video call on ESPN

In an earlier interview on Oprah, he said: “Well my life is different today because I have stability in my life. I’m not on drugs. I’m not out on the streets or in clubs and everything I do now is structured around the development of my life and my family.

“I lost weight. I dropped over 100 pounds and I just felt like changing my life, doing something different, and I became a vegan.”

In another video, he attributed his new-found fitness and good health to veganism.

“Turning vegan helped me eliminate all those problems in my life. I’m in the best shape ever,” he said.

“Becoming a vegan gave me another opportunity to live a healthy life. High blood pressure, almost dying, arthritis–and once I became a vegan all that stuff diminished.”

The vegan champ has been working hard. In videos of himself training, he looks just as quick and intimidating as he did in his prime.

He has also launched Legends Only League to help other retired legendary athletes return to the sports they once excelled in.

Share this news to let others know about Tyson’s much awaited comeback match on September 12th.