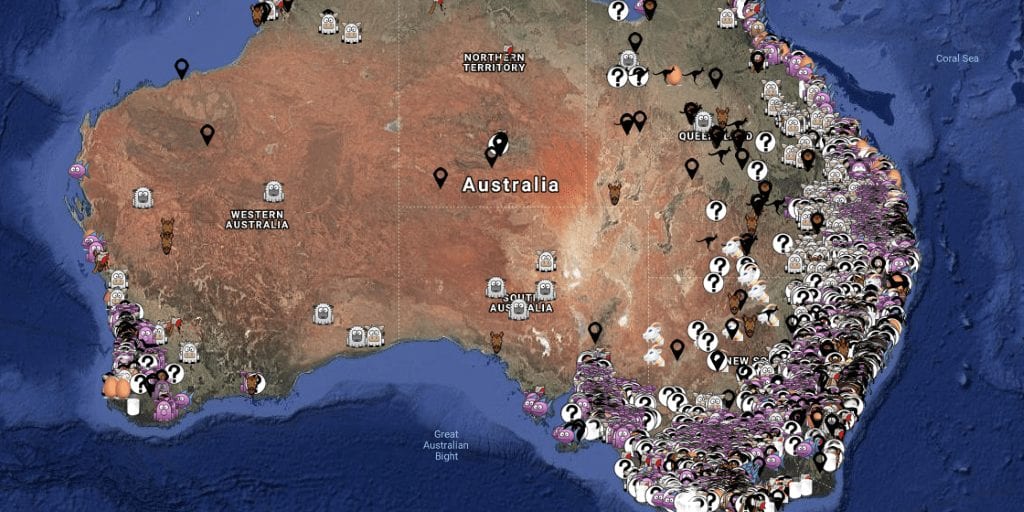 Australia’s Agriculture Minister has told animal rights activists to remove an interactive map of farms ‘before someone is killed’.

The Aussie Farms map, from the makers of documentary Dominion, shows the location of thousands of slaughterhouses and farms across Australia.

Many locations labelled in the map have photos, videos, and documents attached in an aim to bring more transparency to the industry.

It also features greyhound and horse racing, rodeos and zoos. It has details of the owners, including some addresses and phone numbers.

And Agriculture Minister David Littleproud has entered the debate, arguing the map is dangerous.

He responded to a video of horrific conditions at a pig farm posted by prominent animal rights activist James Warden.

Littleproud said: “I said the Aussie Farms map was an attack map for activists, and I was right.

“A piggery on the map has now been broken into by animal activists who have broadcast their illegal activities on Facebook.

“The safety of farming families and their children is at risk here.

“If this activist map remains online, I fear someone will be seriously hurt or worse.

“Nobody would like their family home address being broadcast to the world and especially not next to information which is wrong in many cases.”

In an 80-minute video live streamed on Facebook, Warden complains about the pigs’ horrific living conditions.

Pigs are shown with open wounds and bruises inside 1.5m by 2m pens. Warden also discovers a group of dead piglets on the floor which he speculates were either crushed to death or killed.

Piglets’ genitals were cut off and teeth pulled out to prevent them from hurting each other in the tiny pens, and an adult is seen with a bullet in its head and intestines hanging out.

But Littleproud claimed the map is being used to plan disruptions, protests and break-ins.

“They’ve lost sight of their cause and lost community support and must stop intimidating farming families,” he said.

“Aussie Farms should stop being so reckless and pull the farm map down before someone is killed.”

What do you think of the interactive map? Tell us in the comments section below!