Around 100,000 mink on Spanish farms to be culled over coronavirus risk | Totally Vegan Buzz
Skip to content

Around 100,000 mink on Spanish farms to be culled over coronavirus risk 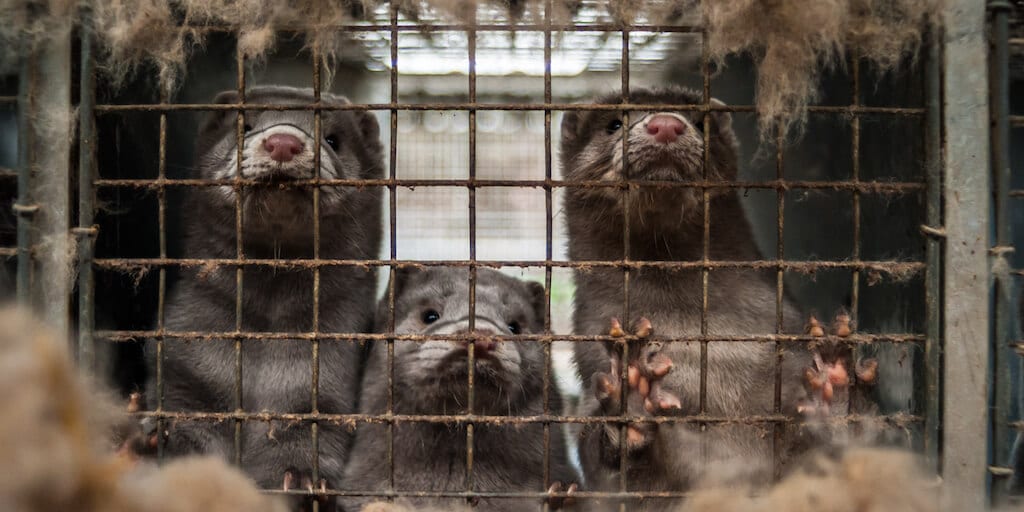 Health officials have ordered a mass slaughter of mink after many of them tested positive for coronavirus at a Spanish farm.

Almost 100,000 mink at a farm in north-eastern Spain are to be culled “to avoid the risk of human transmission.”

The decision follows after seven workers on the farm and 87 percent of the farm’s mink tested positive for COVID-19.

The outbreak in Aragón province was discovered after a farm employee’s wife contracted the virus in May. Since then the mink farm located in Puebla de Valverde, was carefully monitored and no animals left the property.

While initial tests returned negative, tests on 13 July confirmed the virus had spread in the mink population prompting health authorities to order all 92,700 of the semi-aquatic animals to be culled.

Speaking to reporters, Joaquin Olona, Aragón’s minister of agriculture, said that the decision to cull the mink was taken “to avoid the risk of human transmission”.

He stressed that it was not clear if “transmission was possible from animals to humans and vice versa”.

“We are learning about what this actually means in terms of transmission and what role they [mink] may play,”

Similar outbreaks were reported in the Netherlands mink farms in April, when the first cases of mink infected with the virus were identified.

In May, Dutch authorities ordered mandatory testing at all mink farms, which led to the culling of up to one million mink in the country at two dozen farms.

While Dutch mink farms were set to be phased out by December 31, 2023, the Dutch parliament voted ‘overwhelmingly’ in favor of shutting down its estimated 128 mink farms by the end of the year to avoid more outbreaks.

Share this story: Around 100,000 mink on Spanish farms to be culled over coronavirus risk