Moby calls for animal agriculture to be on the COP26 agenda 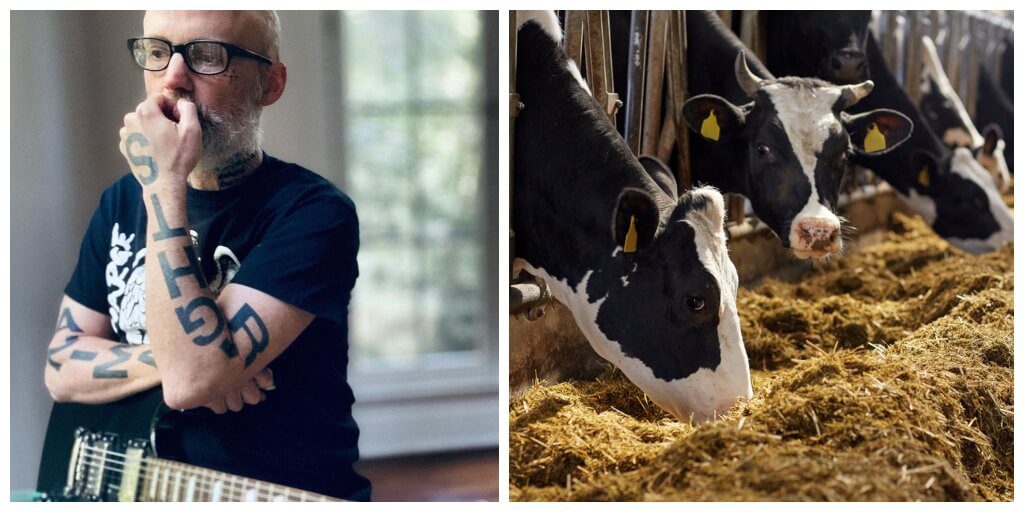 “We need to stop using animals for food, because animal agriculture is the third leading cause of climate change.”

Musician and animal activist Moby has called on the UN climate change conference to make animal agriculture’s damaging impact on the environment central to the agenda.

He has urged the world leaders to “stop ignoring the cow in the room”, as they get ready to gather this weekend to agree on plans to tackle the climate emergency.

‘Meat and dairy is destroying the only home we have’

The long-time vegan in his message said: “When talking about animal agriculture—meat and dairy production—to people, a lot of them are not aware of the environmental consequences… Animal agriculture is one of the, if not the leading, cause of deforestation globally.

“To create a stable climate, we need to reform our global food system.

“We need to stop using animals for food, because animal agriculture is the third leading cause of climate change.

“You cannot practically and effectively address climate change without ending our alliance with meat and dairy production… Meat and dairy is destroying the only home we have. Ultimately, we have to address these issues, or these issues will destroy us.”

‘Animal agriculture as a driver of climate change’

The video is part of the NGO’s #TheCowInTheRoom campaign, which is also supported by other celebrities including Billie Eilish, Joaquin Phoenix, Mary McCartney, Martin Freeman and Ricky Gervais, and more than 50 global animal welfare and environmental organisations.

In the video, Moby highlights that animal agriculture, which is responsible for at least 14.5%—16.5% of human induced greenhouse gas emissions globally, on par with the global emissions from all transportation systems, is largely neglected by countries around the world in climate change mitigation strategies and commitments.

In addition to significant greenhouse emissions, he adds that the farm animal production sector is the single largest man-made user of land, and a major driver of deforestation, species extinction, land degradation, exhaustion of water resources and pollution.

Together, Moby and Humane Society International hope that these facts about the animal agriculture as a driver of climate change will encourage world leaders to commit to vital meat and dairy production and consumption reduction strategies to help meet the Paris Agreement’s below 2°C target.

Animal agriculture is ‘quite simply unsustainable’

Julie Janovsky is Humane Society International’s vice president for farm animal welfare, She said: “Reducing the environmental impacts of our diets and transforming our global food systems to be more plant-based are some of the most effective climate-mitigation measures we can take, and the need to do so has never been more urgent.

“Despite this, the countries producing and consuming the most meat and dairy have yet to include reduction targets alongside other mitigation efforts for the primary climate change drivers in their Nationally Determined Contributions.

“If we want to prevent a climate change catastrophe, it is imperative that world leaders acknowledge and act to cut every major driver of climate change, including industrial animal agriculture.

“This industry is quite simply unsustainable. COP26 offers a vital opportunity for world leaders to make meaningful commitments to tackle climate change, restore biodiversity and help reduce the number of animals suffering on factory farms.

“We are pleased to see this message from Moby and hope that Rt. Hon. Alok Sharma MP acknowledges his urgent and incredibly important message.”

Share this story: Moby calls for animal agriculture to be on the COP26 agenda.