Moby says animal rights are ‘more important’ to him than dating, career, and health | Totally Vegan Buzz
Skip to content

Moby says animal rights are ‘more important’ to him than dating, career, and health 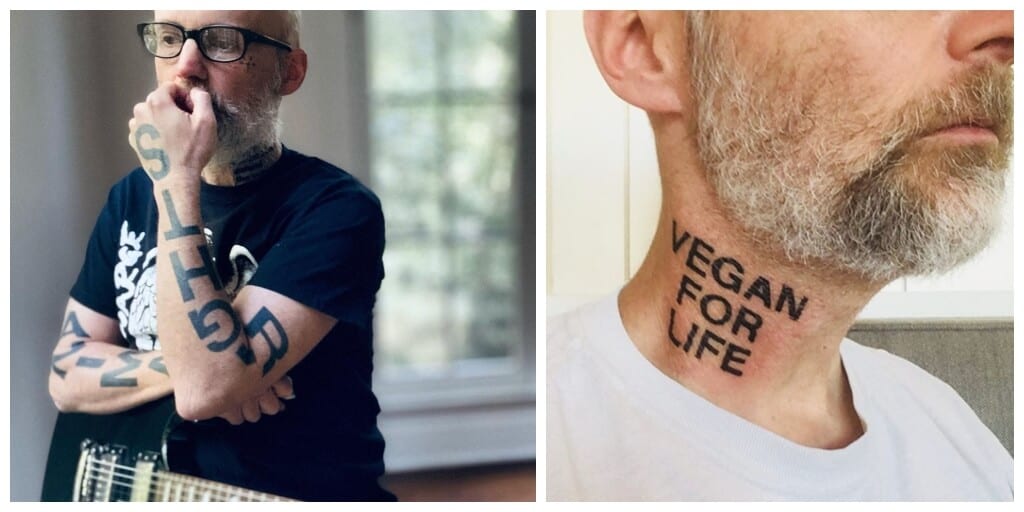 The musician, writer, and animal rights activist has a biographical documentary – Moby Doc- releasing on 28 May.

Vegan Icon Moby – a passionate animal rights advocate – says speaking up for animals is ‘more important to him than dating, than a career, than health’.

The vegan warrior made the comment in an interview with Rachel Brodsky for The Independent.

The interview comes close on the heels of the electrical musician’s biographical documentary – Moby Doc – that follows his journey from a turbulent young adult and iconic music from underground punk bands to chart-topping solo artist, and from struggling addict to vegan activist.

The 55-year-old, who celebrated 32 years of veganism by getting ‘animal rights’ inked on his forearms along with tattoos on his neck, told Brodsky: “I’m fully aware of the fact that a guy in his fifties deciding to suddenly get facial and neck tattoos… it’s a little bit odd.

The musician added that the tattoos also symbolized his rejection to conventional norms.

“I’m saying, ‘No, it’s the world that can’t handle it. If the world takes issue with my desire to protect innocent beings and climate change and protect human health and protect workers and reduce antibiotic resistance, if people have an issue with that, that’s their problem. Not mine.’”

He was recently called out for saying there would be no pandemics in a vegan world.

The 55-year-old faced backlash for his post on social media which read: “A reminder: in a vegan world there would be no pandemics. 100% of pandemics are zoonotic in origin.”

Many slammed the musician for what they described to be a ‘grossly anti-indigenous post’.

However, Moby clarifying his stance told GQ: “It comes down to an issue of nomenclature. People think vegan means eating vegan food.

“And I meant it in the broader sense of not using animals for human purposes, and not encroaching upon animal habitats.

“It’s hard for a college dropout musician to argue with a PhD. [laughs] But how do you explain that in a nuanced way? So I just let it go.”

Moby doc directed by Robert Bralver is set to release on 28 May.

Share this story: Moby says animal rights are ‘more important’ to him than dating, career, and health.