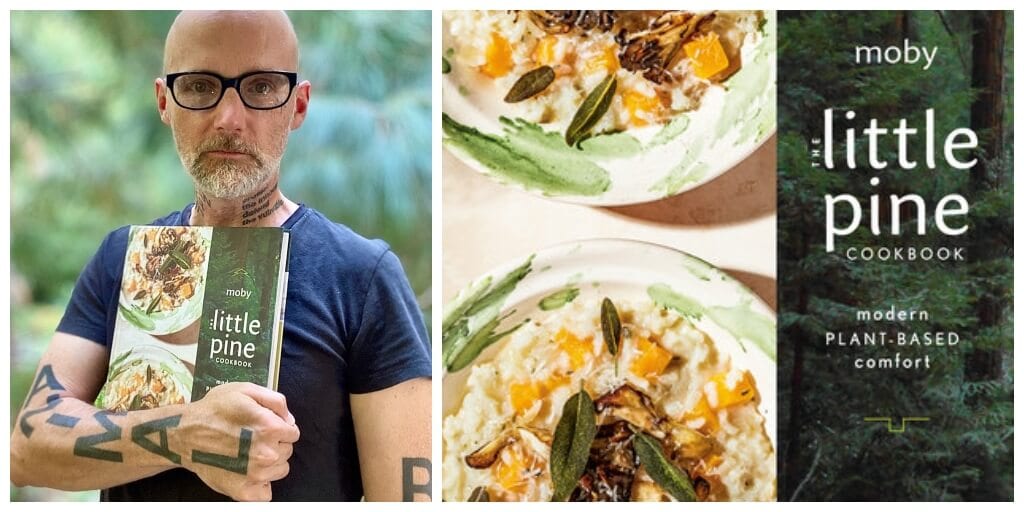 The Little Pine cookbook named after Moby’s former restaurant will debut on 7 September.

It features around 125 plant-based recipes inspired by the Los-Angeles based bistro’s most beloved dishes.

All proceeds from the book will be donated towards helping rescue animals.

“It is my plan to give away any and all profits that I make from the sale of the book,” Moby wrote in a post on Instagram.

“Working to create a world wherein animals are allowed to live their own lives, free from human interference, is my life’s work, and I could never look at veganism as a way to personally profit.”

Moby has been a passionate animal rights advocate ever since he had an epiphany at the age of 19 while playing with his cat Tucker. He has been a vegan for more than 30 years.

According to the musician, working for animals is ‘more important to him than dating, than a career, than health’.

He was recently slammed for saying there would be no pandemics in a vegan world.

The 55-year-old faced backlash for his post on social media which read: “A reminder: in a vegan world there would be no pandemics. 100% of pandemics are zoonotic in origin.”

Many slammed the musician for what they described to be a ‘grossly anti-indigenous post’.

However, Moby clarifying his stance told GQ: “It comes down to an issue of nomenclature. People think vegan means eating vegan food.

“And I meant it in the broader sense of not using animals for human purposes, and not encroaching upon animal habitats.

“It’s hard for a college dropout musician to argue with a PhD. [laughs] But how do you explain that in a nuanced way? So I just let it go.”

Share this story: Moby to release vegan cookbook with all proceeds going to rescue animals.