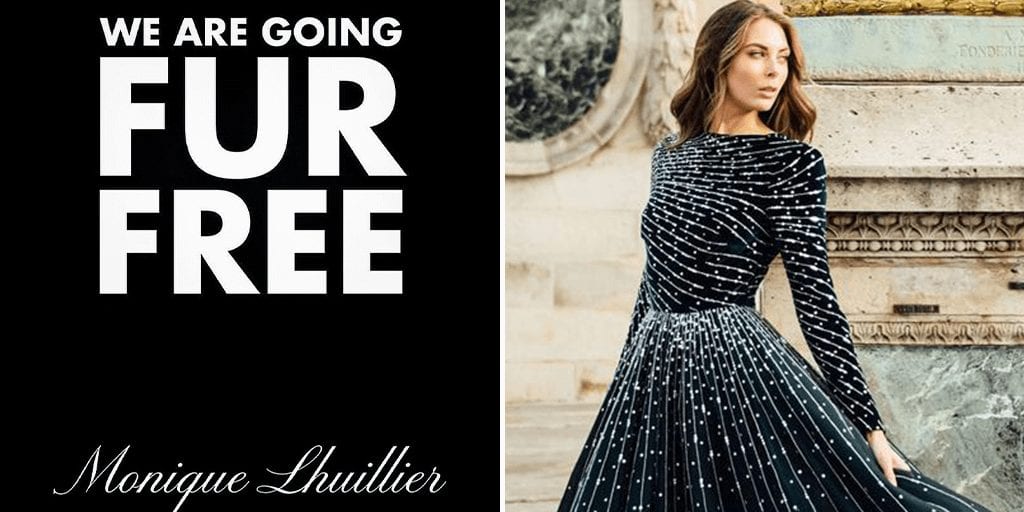 “Smart and compassionate retailers are abandoning animal fur in favor of the luxurious, animal-free fabrics that today’s ethical shoppers want.”

Luxury fashion giant Monique Lhuillier has announced it will stop selling products using animal fur in its stores and partner retailers by the end of next year.

PETA, who confirmed the news, said the brand—whose ready-to-wear and bridal designs are sold online, in department stores, and in flagship stores in West Hollywood, Costa Mesa, and New York—has banned fur and removed it from its website.

Activists of the Animal Defense League group had protested outside the company’s Los Angeles store on Fur-Free Friday, the day after Thanksgiving.

The group at the site revealed that a single protest at a shop in Oklahoma with no fur was worth five at Monique’s flagship in West Hollywood since it ‘went beyond the symbolic, to target the group’s business interests’.

‘Future of fashion is vegan’

“By joining the hundreds of top designers and retailers that refuse to sell fur, Monique Lhuillier is helping PETA prove that the future of fashion is vegan,” PETA Executive Vice President Tracy Reiman said..

“Smart and compassionate retailers are abandoning animal fur in favor of the luxurious, animal-free fabrics that today’s ethical shoppers want.”

Share this story to let others know about Monique Lhuillier’s decision to ban fur.