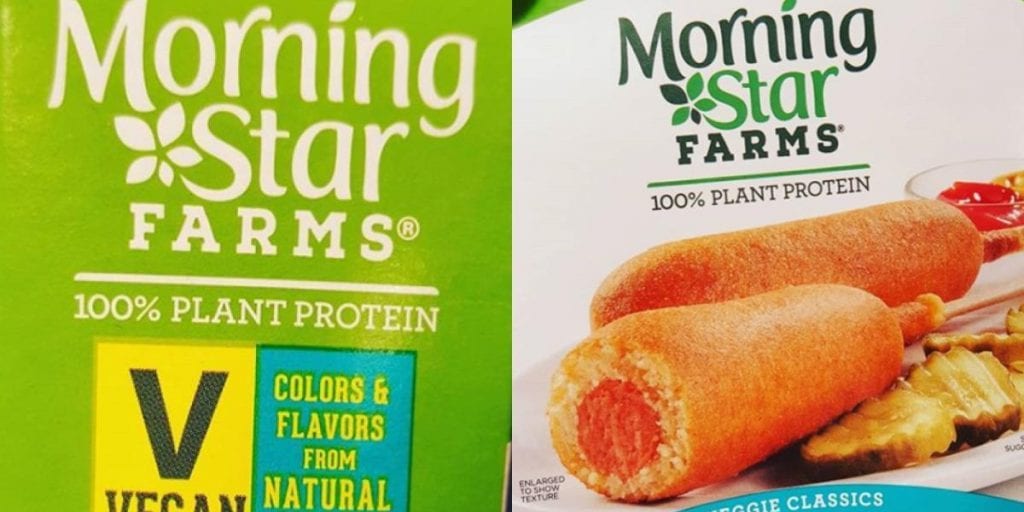 Morningstar Farms has veganised its popular Veggie Classic Corn Dogs as the company continues its transition to veganism.

The recipe has been reworked to remove eggs from the dogs and the packaging now features the official vegan symbol.

Earlier this year the Kellogg’s-owned brand announced it will remove animal products form its entire range, which will spare an estimated 300 million eggs a year.

The company is best known for producing vegetarian burgers, sausages and chicken nuggets, but its products have mostly contained egg whites.

But the Kellogg’s-owned brand has pledged to remove egg from all 49 products by 2021.

The new vegan options will be stocked in 25,000 venues across the US, including restaurants, schools, universities and hospitals.

“MorningStar was a staple and we take the responsibility of being the number one veggie burger brand very seriously,” Mel Cash, the head of global marketing for Kellogg Co.’s plant-based protein division, said in March.

“This is a very exciting opportunity for us. By making this change, MorningStar Farms favorites can be enjoyed by even more people at home and on-the-go who strive to add plant-based proteins to their plate.

“This will also help us further our commitment to a greener world by helping to reduce the water waste, land usage, and carbon emissions associated with egg production.”

What do you think of MorningStar’s decision to go vegan? Share your thoughts in the comments below!