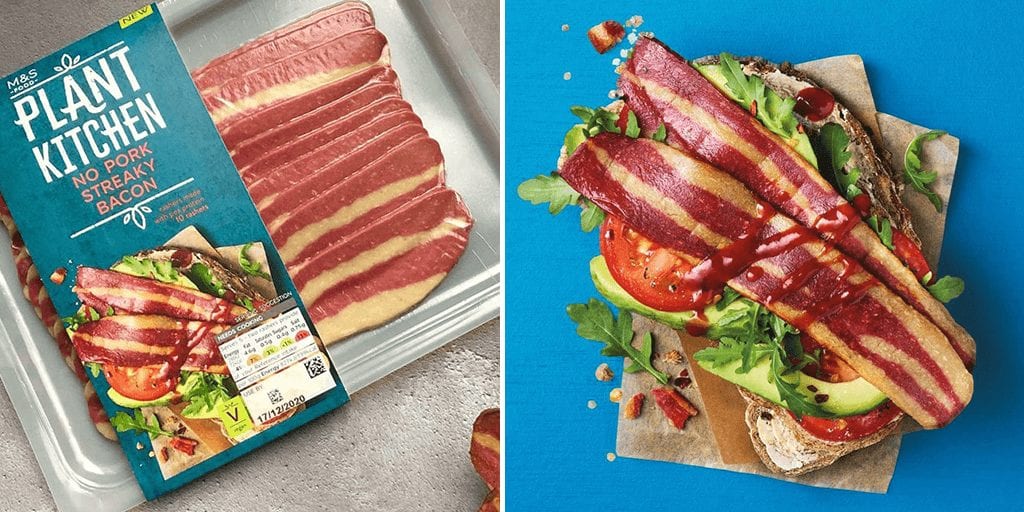 The new pea-protein based bacon is priced at £3 for a pack of 10 rashers.

Marks & Spencer has rolled out a vegan version of UK’s popular meat option- bacon – just in time for the festive season.

The new vegan bacon is part of the brand’s growing Plant Kitchen range.

The upmarket retailer’s latest offering is made using pea protein-based strips that sizzle and crisp up like real bacon.

“Made to our exclusive recipe, it’s perfect in a bun, dairy-free toasties or in your fave pasta recipe. Try our no-pork streaky facon in store now!”

The new no-pork streaky bacon is available as a pack of 10 priced at £3.

The hamper comes in a stylish yet sustainable and eco-friendly tote bag, which has been produced by Cocobagh.

Share this story to let others know about the new vegan offerings in M&S’s Plant Kitchen range.