Mum horrified by pathetic-looking vegan breakfast at Center Parcs for £9.99 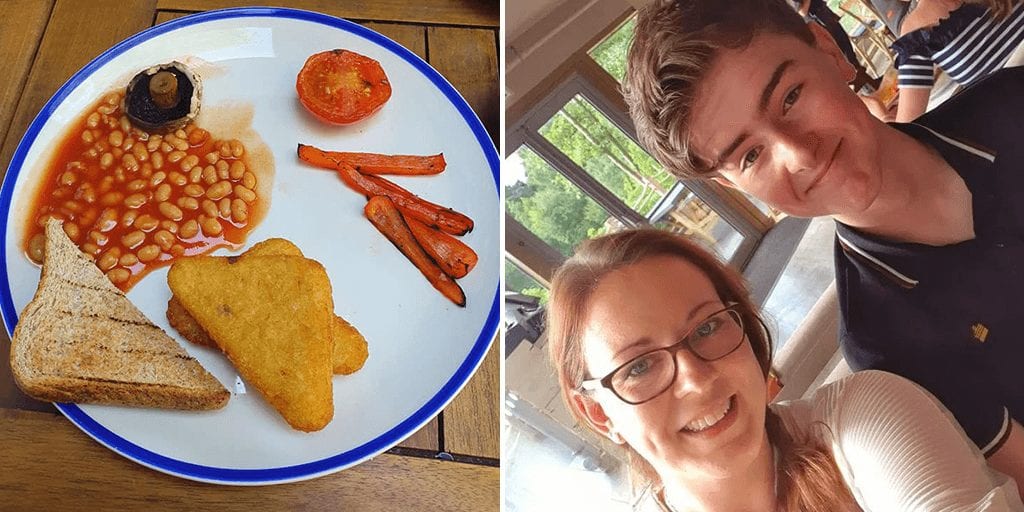 ‘They are making a token effort which we really appreciate, but if they really looked at what they were offering, they would know’

Even though vegan options are flooding the market, a customer ordering a vegan breakfast was shockingly served a £9.99 dish comprising nothing more than meagre servings of baked beans, pepper, and hash browns.

Scotland based Jennifer Carr, holidaying with her family at the Center Parcs Sherwood Forest in Newark was in for a rude shock when her vegan breakfast order arrived.

The order featured just half a piece of brown toast, half a cooked tomato, one mushroom, a small helping of baked beans, two hash browns and four thin slices of red pepper.

The family from Stirling, Scotland, had placed their order via an app under the park’s new coronavirus guidelines.

Carr said that there was both a meat cooked breakfast and a vegetarian version with an egg and a veggie sausage.

She and her husband, who is also vegan, opted to make their order vegan, but were simply served the vegetarian version after removing the sausage and the egg.

Speaking to Sun Online Travel, Carr said: “I was really quite shocked. It was pretty small, so we had to order extra mushrooms, beans and tomatoes on top. I looked at it and thought, I’ve paid ten pounds for this. And we were starving afterwards.”

Carr doled out an extra £1.49 each for more baked beans, mushrooms and hash browns and £2.99 for a coffee.

While her vegan breakfast experience was far from gratifying, her son, who ordered a meat meal was given a much larger plate of food for the same price of £9.99.

She told the tabloid: “My son had sausage, bacon, egg, baked beans, hash browns, tomato, mushroom and two pieces of toast for some reason, while we only got one piece.”

Offering some recommendations, she said: “It wouldn’t be hard to improve it given the range of items you can buy in the supermarket these days.”

She added that while Richmond vegan sausages would’ve been ideal, even extra servings of mushrooms, tomatoes and pepper would have made the order more appealing.

She was even disappointed with the vegan dish served at the park’s Pancake House.

She said: “It was just vegetables cooked inside the crepe, and it tasted raw – they obviously didn’t know how to make a proper vegan substitute for pancakes.

“They are making a token effort which we really appreciate, but if they really looked at what they were offering, they would know that is not a pancake.”

Although she found the meals disappointing, she praised the staff and said the family had a great time.

In response to Carr’s grievances, a Center Parcs spokesperson told Sun Online Travel:  “This is clearly not up to our usual high standards and we apologise.

“We are in the process of reviewing our vegan offering and will be introducing new dishes very soon.”

Share this story: Mum horrified by pathetic-looking vegan breakfast at Center Parcs for £9.99