Mum takes out £5,000 bank loan to save three cows from slaughter 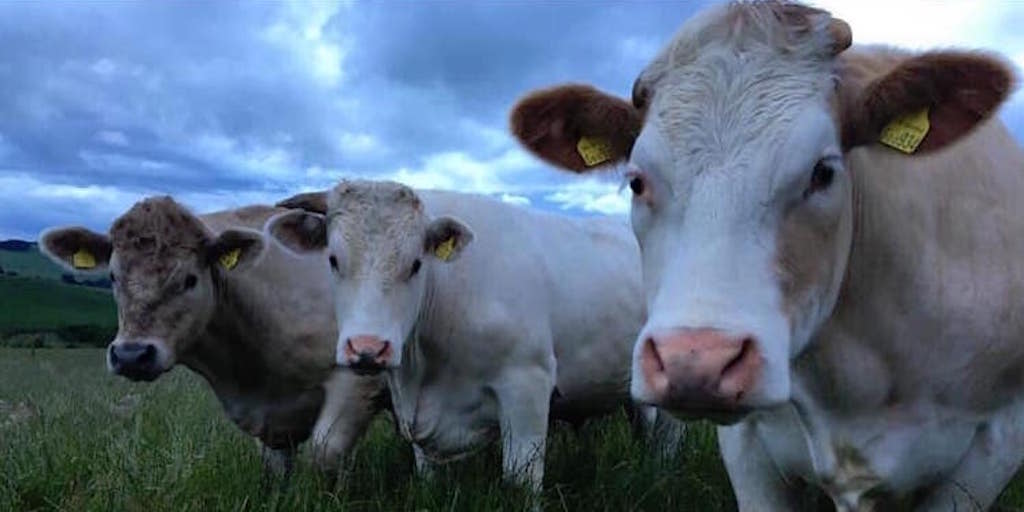 Claire Bruce had gradually formed a close bond with a herd of fifteen cows she visited every day near her home in Aberdeenshire, Scotland. The mother-of-two had a daily routine of climbing the fences at their farm feed them grass and speak to them, so was devastated when she noticed the herd were disappearing three at a time.

After investigating and eventually speaking to the farmer, she discovered the missing cows had been slaughtered for meat – which was the plan for the remaining herd.

So Claire made it her mission to save her beloved friends from the abattoir. The 42-year-old initially launched a Gofundme page and contacted sanctuaries in the area to ask for help, with no success.

But the determined animal lover couldn’t bear the thought that the beautiful animals would all be killed, especially when the herd was down to just three final cows.

So Claire took out a £5,000 bank loan needed to buy them from the farmer and rehome the final lucky thee in a sanctuary.

She’s going to pay the loan off in installments over a three year period, but has no regrets and says it was totally worth it.

Claire told the Daily Record: “Everyone kept saying, ‘You can’t save them all’, but that didn’t mean I couldn’t save any. When there were only three left, I had to do something.

“I’m really happy that I was able to save these three but I still feel sad that I couldn’t save the others.

“They all deserved to live.”

Claire managed to find a home on a nearby field for the cows for nine months while she looked for their permanent home.

“It was such a big relief when she said she could give them their forever home. They’re in their own field and it opens up into a valley area with trees and bushes and a river. It’s really idyllic,” she added.

The sanctuary is in desperate need of donations to continue caring for rescued animals. To donate visit its website here.