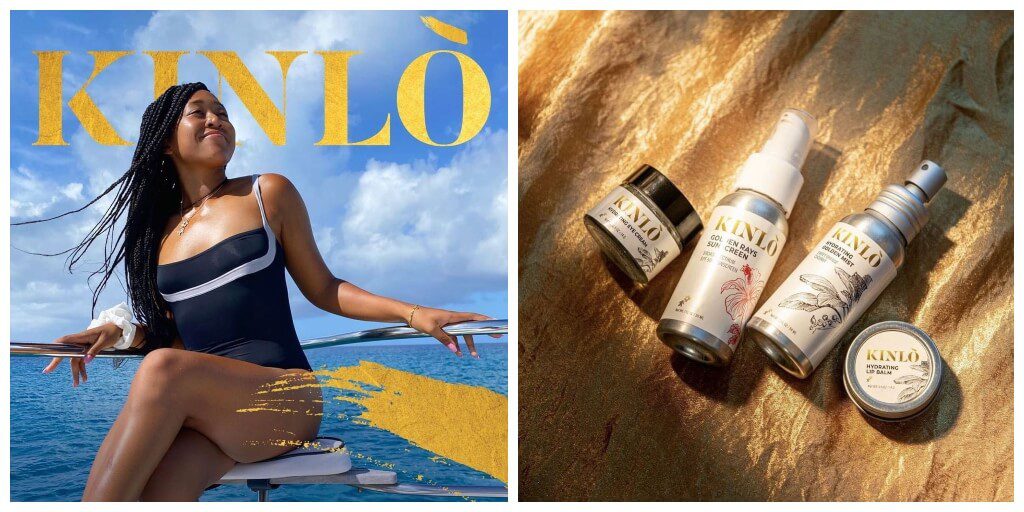 The new line is vegan, cruelty-free and designed specifically for people of colour.

Tennis star Naomi Osaka has launched KINLÒ, a skincare brand made for people of colour.

The tennis pro crafted the functional skincare brand for ‘the melanin-rich’, after finding no sun protection product on the market good enough for darker skin tones.

They are made using natural ingredients such as jojoba seed oil, hemp seed, and green tea and are free of parabens, gluten, and phthalates.

The mineral-based Active Golden Rays Sunscreen is specifically designed to eliminate white cast—the residue of sunscreen—on the skin, which is more noticeable on darker skin tones.

“I spend so much time outside and in the sun, so protecting my skin has always been a top priority for me,” Osaka told The Hollywood Reporter.

She added: “I’ve [also] found that many of the other products on the market are either not tinted enough for melanated skin which means they often leave a white residue, or they are very drying, or in many cases, they are both. I wanted to create products that offered great quality moisturizing ingredients and a functional tint that can be worn every day whether it’s under your makeup or on bare skin.”

KINLÒ for a social cause

The four-time Grand Slam singles tennis winner – who also champions social change and mental health –  is further aiming to raise awareness of skin cancers among those with darker skin tones with the help of her new venture.

Taking to Instagram to announce her new line, Osaka wrote: “I founded KINLÒ (a functional skincare line for people with melanated skin) to address a public health need around skin cancer prevention within our POC communities.

“Tennis can be challenging at times, but it has given me this platform which I am so grateful for. It allows me to help others in ways I wouldn’t have imagined otherwise.”

According to Control and Prevention’s 2019 study, while people of colour have a lower risk of developing skin cancer than those with lighter skin tones, they are at a higher risk of dying from the disease because they are often diagnosed with it at a more advanced stage.

The research study added that the estimated five-year melanoma survival rate for Black people is only 67%, while it is 92% for white people.

“Through my personal experience and learnings, I have found that Black, Brown, and other melanated skin-toned communities are often an after-thought in the discussion and research surrounding sun care, including being excluded from clinical studies on skin cancer,” Osaka added.

While this is Osaka’s first foray in the beauty world, she has previously teamed up with Adeam, Levi’s and Nike on the fashion front.

The KINLÒ range, which is a nod to Osaka’s bicultural heritage since her mother is Japanese and her father is Haitian, is priced from $15 to $30 and is currently available exclusively online.