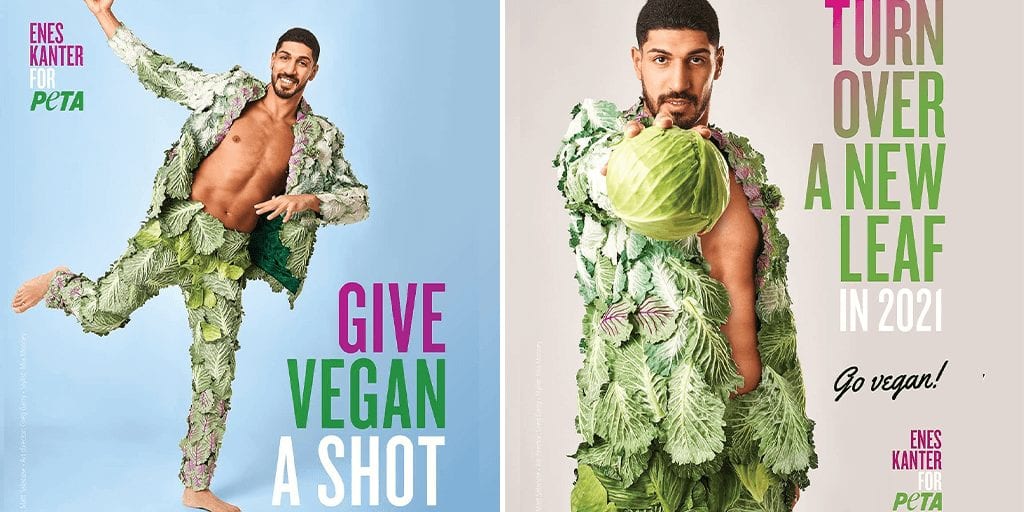 Basketball player Enes Kanter has gone vegan and is teaming up with PETA to inspire others “to turn over a new leaf” and give going “vegan a shot”.

The Portland Trail Blazers’ big man decided to overhaul his dietary choices after spending 82 days in the NBA bubble in Orlando, Florida where he used his downtime to learn about how animals suffer in the meat, egg, and dairy industries.

“[T]he more I read and the more I watched and learned and educated myself, my heart was just shattering,” Kanter said.

“That was the first time I decided we need change, and change cannot wait anymore.”

The athlete, who stars in a series of new vegan ads for PETA is now encouraging people to give veganism a shot this New Year.

‘I trust the food I eat’

In an interview related to the campaign, the 28-year-old dismissed the myth that going vegan would slow you down or make you lose your game.

He shared that his friends were initially worried about whether he would be able to get his rebounds or face his opponents if he changed to a vegan diet.

According to Kanter, he can now inspire and educate more people about the benefits of going vegan and help make our world a “better and healthier place”.