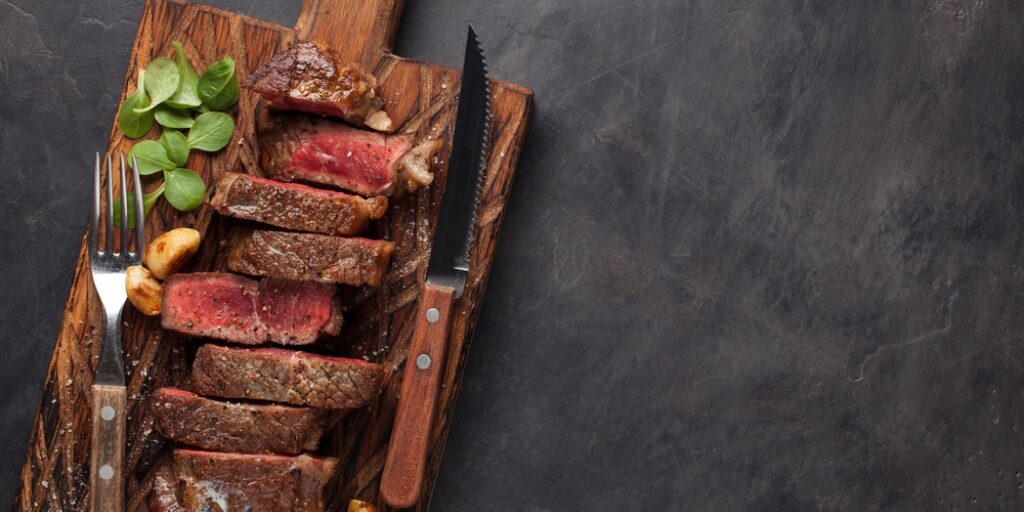 The survey also found that 68% agree they aren’t doing everything they could to help the environment while 27% are confused about how best to be eco-friendly.

A recent study by Hyundai found that millions of Brits can’t bear the idea of giving up meat despite a majority of them feeling guilty over how little they do for the planet.

The car company, which polled 2000 adults via OnePoll, revealed that 68% believe they aren’t doing everything they could to help the environment while 27% are confused about how best to be eco-friendly.

However, ironically, nearly 50% admit that they can’t think of giving up meat to be sustainable.

The poll also found that 18-24-year-olds are least likely to adopt a sustainable lifestyle due to their hectic lives and the group is also most confused over what they should and shouldn’t do in order to be eco-friendly.

While seven in ten of those aged 18-24 believe the last year has helped them understand more about what they can do to help the planet, around 20% of adults claimed it’s been harder to do things to help the environment over the last 12 months.

According to poll results, the top 10 barriers to being more sustainable include:

“Many seem to be struggling when it comes to making greener changes, but younger people seem to find it harder than most,” a Hyundai spokesperson said.

“It’s important to recognise every age group will have its own challenges, based on the different things people have going on at different stages of their lives.”

Despite the barriers, nearly three-quarters of adults feel they need to protect the planet because it’s the only one we’ve got, while 64% want to protect wildlife.

And 53% of those polled want to live a greener lifestyle so the planet is in a better state for their children.

“There are a number of changes, both big and small, people can make to do their bit,” the Hyundai’s spokesman added.

“What works for one, may not work for another – but we can all consider individual changes that collectively make a difference.”

Elsewhere, a censuswide survey, commissioned by environmental search engine Ecosia, found that around 32% of Brits are willing to change their diets to help the environment.

However, more than 50% of those polled held the UK government responsible for not doing enough to help the climate.

Ecosia’s polling found that people between 25-34 are more likely to change their diet somewhat to benefit the climate.  Whereas 13% of the 45-54 group were specifically open to reduce meat consumption for the environment.

The survey also found that the generation above 55 was least likely to address climate change through eating less meat.

Share this story: Nearly half of Brits can’t think of ditching meat to live more sustainably