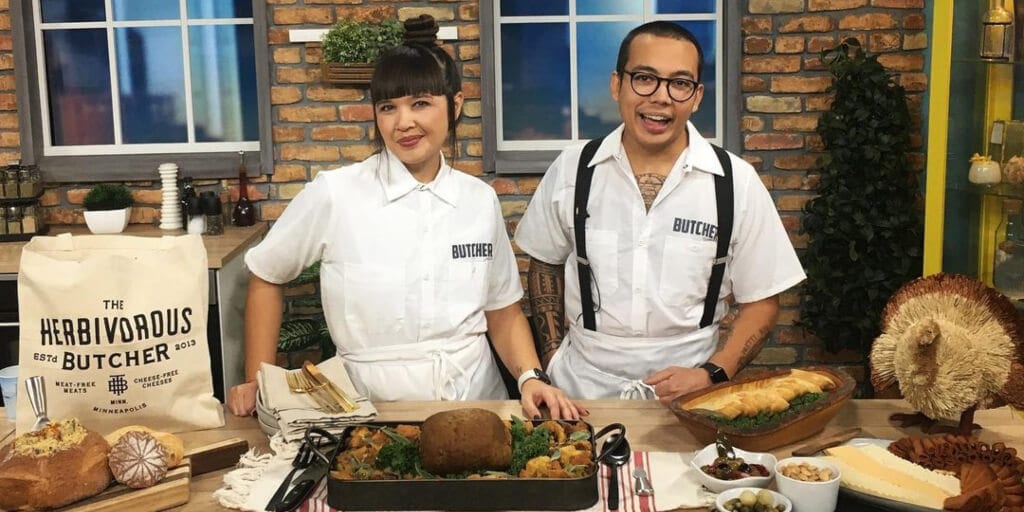 Nestlé has lost the trademark battle with The Herbivorous Butcher over the use of the phrase  “Vegan Butcher”.

The U.S. Patent and Trademark Office closed the case in a Jan. 19 ruling after The Swiss food giant quietly withdrew its pursuit to trademark the term.

The Herbivorous Butcher was founded by Guam-born siblings Kale and Aubry Walch in 2016 – making it the first vegan butcher shop in the United States at the time.

The siblings opened the shop to sell their home-made deli plant-based meats, vegan sausages, ribs, and dairy-free cheeses – all of which are 100% vegan and made using ingredients like vital wheat gluten, soy, and natural flavourings.

In August 2017, the Minneapolis-based duo applied to register the trademark “Vegan Butcher” with the United States Patent and Trademark Office (USPTO).

The application was however rejected by USPTP on the basis that the term was “merely descriptive.”

Meanwhile, Nestlé acquired Sweet Earth Foods – a Californian-based plant-based meat brand, which has rolled out a variety of vegan meats, including the popular vegan Awesome Burger.

Nestlé later announced that it would be selling deli slices from its own deli counters set up in supermarkets using the phrase “The Vegan Butcher” and applied to trademark the term.

The food giant’s application was nearly approved in September 2019 when The Herbivorous Butcher moved the court to stop the company from trademarking the term.

‘Win for the entire movement’

“We’re really glad that for whatever reason they saw the light,” Aubry Walch said on hearing the verdict.

“It was definitely a win for the entire movement.”

The Herbivorous Butcher owners have no have plans to trademark the Vegan butcher name anymore so that everyone is able to use it.

“At the end of the day we want everyone to be able to use it.”

This is not the first time the food conglomerate has run into legal tangles with plant-based companies.

Last year, Nestlé lost a legal battle with Impossible Foods after the plant-based start-up complained of trademark infringement in The District Court in The Hague.

The court’s ruling ordered Nestlé to rename the burger its meat-free “Incredible Burger” after the term was found to be potentially confusing for European Union consumers.

Rachel Konrad, a spokesman for Impossible Foods said at the time: “This injunction from The Hague is a major victory – it’s a real David v. Goliath episode against the largest food company in the world, which was attempting to confuse consumers with an inferior attempt at a knock-off.”

While Nestlé is actively pursuing the alternative protein industry in response to its burgeoning demand, many vegans are against the brand due to its controversial business practices.

In the 1970’s the brand aggressively promoted its formula milk over breastmilk in developing countries causing many to boycott it at the time.

In another instance, it was also accused of violating ethical marketing codes and misleading customers with dubious nutritional claims about its baby milk formulas.

The Swiss food giant has also come under fire for allowing child labor, unethical water mining, and deforestation among others.