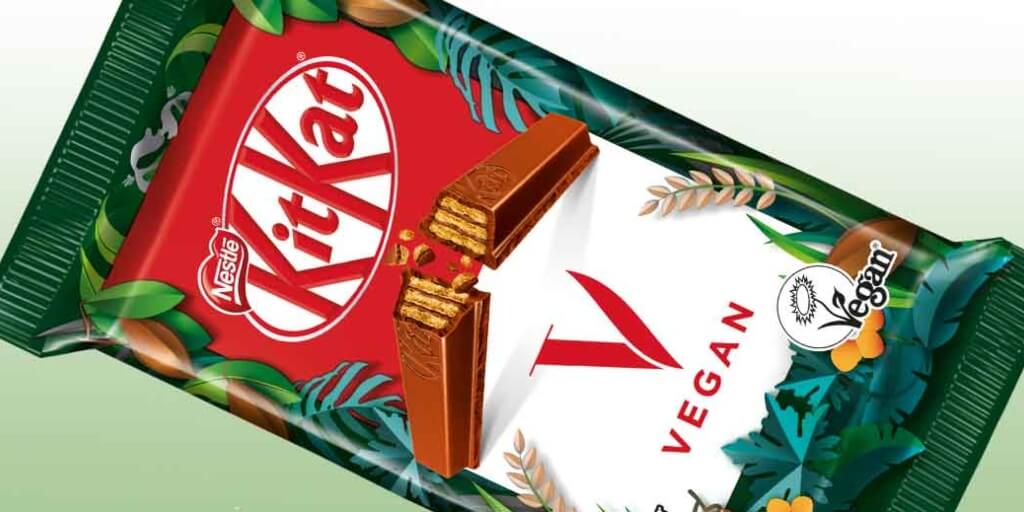 The Swiss conglomerate had launched the vegan Kitkat on popular demand.

Food giant Nestlé has discontinued its vegan KitKat chocolate bars, according to VeganFoodUK.

The food account got this information through a member’s private chat with KitKat, which it posted on its Instagram page.

The Swiss conglomerate said ‘that the vegan versions weren’t as popular as the dairy ones’ and were therefore discontinued.

The company’s move ironically comes after Head of Confectionery, Alexander von Maillot, during the vegan Kitkat launch had declared that “one of the most common requests we see on social media is for a vegan KitKat, so we’re delighted to be able to make that wish come true.”

‘Nobody could find it’

Many disappointed fans took to social media to voice their grievances. Some mentioned that they were never able to find the product while others also pegged the chocolate bar’s cost as one of the factors for its unpopularity.

“Maybe if they didn’t charge the earth for one they would be more popular,” wrote one user.

‘Wasn’t popular because nobody could find it anywhere,” added another.

“I think the issue with the item, it was more pricey than the original ones. And this is coming from someone who works at Sainsbury’s,” a third commented.

According to Research and Markets, the vegan chocolate market is expected to reach $1 billion by 2027, with a market growth of 12.3% CAGR.

It added that the growth was particularly driven by millennials and the working population, who  are actively seeking out dairy-free options for health, environmental, and ethical reasons.

In the last couple of years, a slew of leading brands Hershey’s and Cadbury have launched vegan chocolate bars.

Both the exclusive creations were made using Callebaut’s new NXT vegan milk chocolate.

EDIT: In a recent update, Kitkat confirmed that the social team passed on incorrect details. The product has not been discontinued though it is off shelves at the moment and customers can expect it back by August.

Share this story: Nestle’s vegan kitkat discontinued because ‘it wasn’t as popular as others’.