New law finally makes it illegal to crush, drown, burn or impale animals – but what about the meat industry? – Totally Vegan Buzz
Skip to content

New law finally makes it illegal to crush, drown, burn or impale animals – but what about the meat industry? 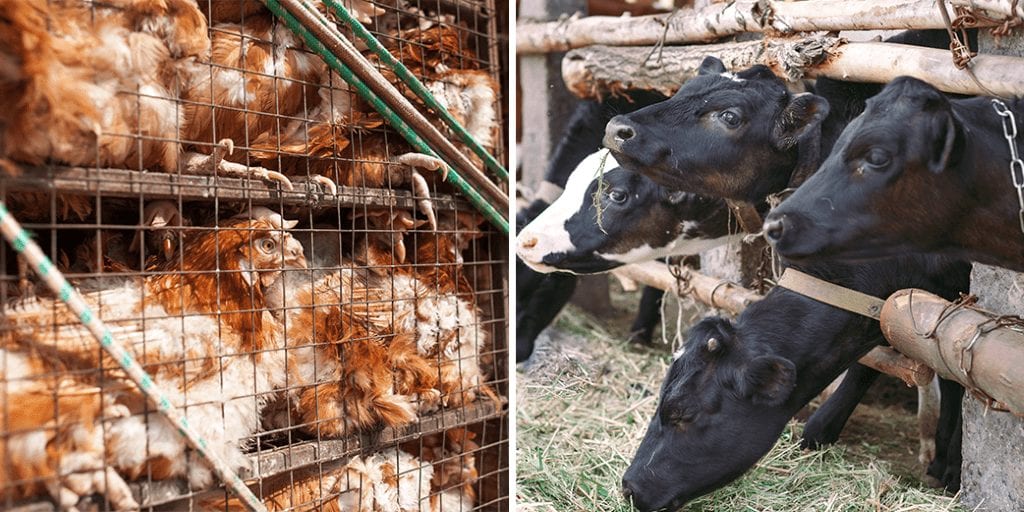 A new US bill passed unanimously by the House last month makes a list of atrocious acts of animal cruelty illegal under federal law.

The PACT Act – standing for Preventing Animal Cruelty and Torture – has been given the green light, and pending approval from the Senate will make it illegal to crush, drown, burn or impale animals.

The Act introduced by Florida congressman Ted Deutch is an undoubted victory for animals and a sign that public opinion on animal rights is shifting.

“The torture of innocent animals is abhorrent and should be punished to the fullest extent of the law,” Buchanan said as the act was passed. “Passing the PACT Act sends a strong message that this behavior will not be tolerated.”

Before this act, federal law only prohibited animal fighting, and authorities could prosecute abusers who created and sold videos of animal torture.

But the PACT Act allows prosecution of anyone guilty of a new list of animal abuses, and it will not be prevented by any state laws.

Specifically, the Act prohibits crushing, burning, drowning, suffocating, impaling or sexually exploiting animals, and anyone convicted could face up to seven years in prison.

It is a shocking reflection on society that it has taken until the 21st century for animals, scientifically proven to be sentient beings who have emotions and feel pain, to be given such fundamental rights.

The legislation also sadly contains exceptions for hunting – meaning many wild animals will still suffer horrific hunting methods and brutal killings at the hands of humans.

Headlines have celebrated a new law which ‘makes animal abuse a federal crime’, but in reality this simply sweeps the worst cases of abuse under the carpet.

The treatment of animals in the meat and dairy industries, in particular on factory farms, is arguably the worst abuse of all.

And it’s not just the businesses who hide their operations behind closed doors which are mistreating animals.

An investigation into the so-called ‘Disneyland of agriculture tourism’ revealed cow calves being beaten, burned and spat on – abuse so bad that brands lined up to ditch the supplier.

Headlines about individuals torturing family pets may make shocking headlines and convince the public and lawmakers that action is needed. But to pick and choose when and which animals should be protected is pure hypocrisy.

The new law may give important powers to prosecute abusers, but it ignores the systematic abuse of millions of animals who are kept in captivity.

Despite the bill’s shortcomings, it is still a vital step in the right direction, and animal rights activists have celebrated the move.

“These malicious acts deserve federal scrutiny and action. Federal prosecutors and law enforcement officials will finally have the tools they need to bring those responsible for cruelty to animals to justice,” Humane Society Legislative Fund President Sara Amundson reflected.

The nation may be waking up to the need for action against animal abusers. But only when people start to look at the meat on their plates will the abuse truly end.

What do you think of the Pact Act? Share your thoughts in the comments section below!