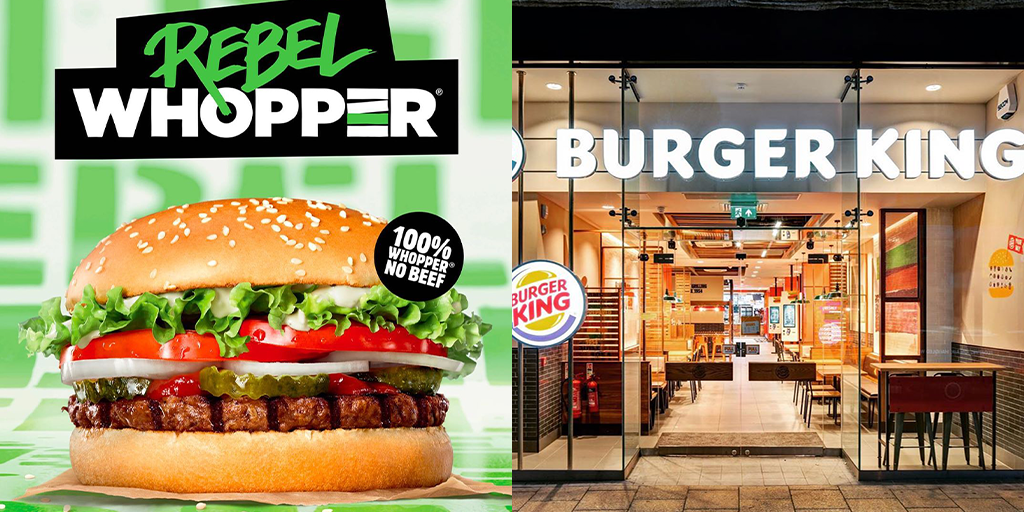 Burger King UK has angered many vegans after releasing a plant-based Whopper which is grilled on the same surface as the meat version.

The fast food giant has not listed the Rebel Whopper as a vegan product and explained that the burger is not aimed at vegans or vegetarians, but instead at ‘flexitarians’.

Burger King’s advertisement for the product even explains it is ‘cooked alongside meat products’.

Marketing director Katie Evans said: “This really is a game changer – we wanted our first plant-based Whopper to replicate the indulgence and flame-grilled taste of the real thing as closely as possible, and we’re thrilled with the result.

“We’re delighted to satisfy the demand for this highly-anticipated product and finally bring the Rebel to the UK.”

The Rebel Whopper’s patty is made by the Vegetarian Butcher and is served in a seeded bun with tomatoes, lettuce, mayonnaise, ketchup and pickles.

You asked and we listened. Introducing the Rebel Whopper, our first plant-based burger! ? Pick up yours exclusively with the app on the 6th and 7th and then available as usual from the 8th. T&Cs apply.

“You asked and we listened. Introducing the Rebel Whopper, our first plant-based burger,” the company revealed on Instagram.

The news that the Rebel Whopper will be grilled on the same surface as meat has drawn mixed reactions.

Some vegans have responded with fury, arguing that the product is not vegan due to cross contamination.

“Plant-based but cooked on the same grill as the meat? What is the point? Look to other businesses who’ve done brilliantly capturing a new plant-based customer… this is just ridiculous,” one person wrote.

“What’s the point as vegans and vegetarians can’t eat it as you cook it with dead animals,” another added.

Others criticised Burger King for missing out on a rapidly growing market.

“Who launches a meat free burger in Veganuary and doesn’t make it accessible to vegans or even vegetarians? You’ve lost a lot of custom here because vegans and vegetarians alike would have all rushed out to purchase it,” one person wrote.

However, many vegans and animal rights activists have celebrated the new product despite news it will be cooked alongside the beef Whopper.

Toni Vernelli, international head of marketing at Veganuary, said: “For all of the important issues that Veganuary – and most vegans – are trying to address through their food choices it makes absolutely no difference whether the plant-based patty is cooked separately or on the same grill as the meat.

“What does make a big difference to animals and the planet is when non-vegans choose a plant-based menu option, enjoy it and then order it again.

“And that’s exactly who Burger King’s plant-based Whopper is aimed at, flexitarians who want to reduce their meat consumption for health or environmental reasons, or are considering going vegan.”

It’s a real shame that Burger King is releasing its new plant-based Whopper with a seemingly anti-vegan sentiment.

To grill the burger on the same surface as meat is one thing, and for many vegans it’s enough to put them off the burger altogether. But it seems strange for the fast food giant to say that the burger isn’t aimed at vegans and vegetarians at all.

True, anyone who identifies as vegan would rather not have their burger contaminated with meat juice.

But vegans are focussed on reducing suffering for animals and the new patty itself is totally plant-based – so it’s hard to argue that the Rebel Whopper is anything other than significant progress.

Vegans don’t need to eat it, but let’s just celebrate a product which is likely to reduce the demand for meat at Burger King.

Would you eat the new Rebel Whopper? Share your thoughts in the comments section below!