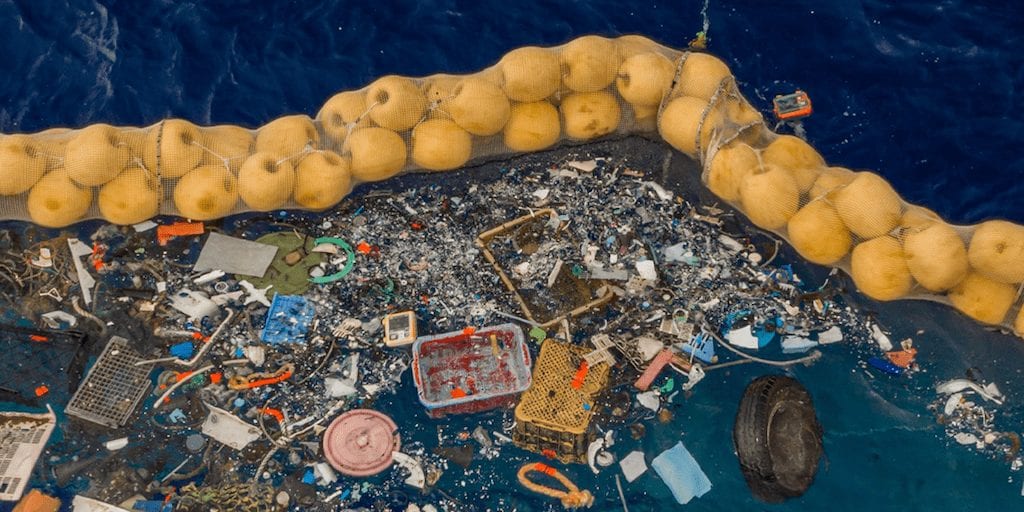 A huge new machine has begun collecting plastic strewn across the ocean.

Netherlands-based nonprofit company Ocean Cleanup has been perfecting the new contraption, and the latest prototype is capable of collecting all kinds of plastics, from huge ghost fishing nets which have been discarded in the sea to microplastics which are 1 millimeter in diameter.

CEO Boyan Slat said in a news conference: “Today, I am very proud to share with you that we are now catching plastics.”

The machine is a U-shaped arm which supports a net-like skirt which hangs into the water.

It moves along with ocean currents and catches passing plastics, while fish and other animals swim underneath.

The latest design is the first to successfully catch plastic, and it’s being used in the Great Pacific Garbage Patch  – a mass of plastic near Hawaii which is three times the size of France.

The company has plans to develop a whole fleet of plastic collectors and aims to half the size of the giant patch every five years.

Initially the machine had a few setbacks, as it was failing to pick up trash when it launched in September 2018 until December.

And this year a 60-foot section broke and had to be towed to shore along with 4,400 pounds of trash attached.

But the latest design is proving successful.

“We now have a self-contained system in the great pacific garbage patch that is using the natural forces of the ocean to passively catch and concentrate plastics, thereby confirming the most important principal behind the ocean cleanup system,” Slat said.

What do you think of this new technology? Share your thoughts in the comments section below!