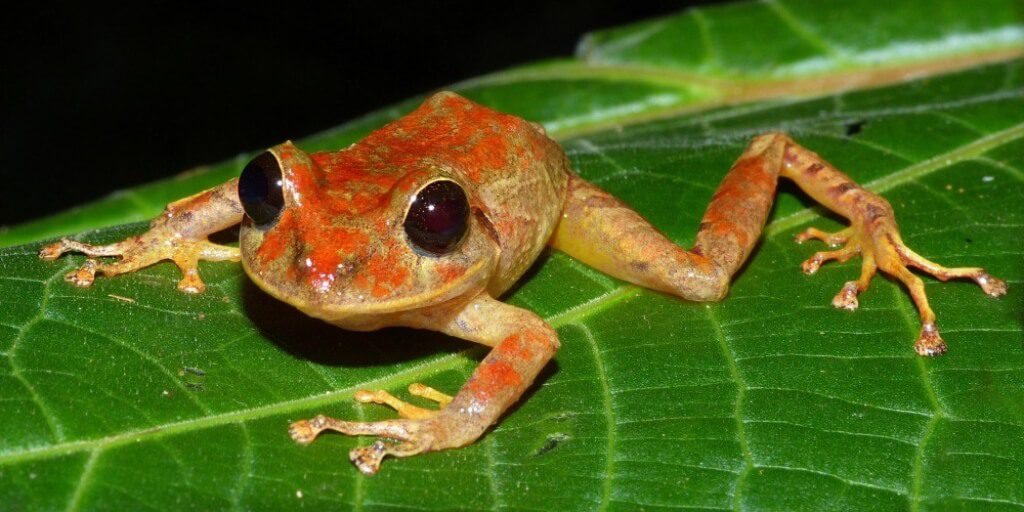 Reaching the frog’s habitat – a Cerro Chucantí reserve – required the team to travel via horseback through muddy trails, hike up steep slopes, by-pass two helicopters that crashed decades ago, and camp above the 1000 m elevation.

The reserve was established by Panamanian conservation organization, AdoptaBosque, with significant support from Rainforest Trust.

In 2018, Rainforest Trust auctioned off naming rights for some newly scientifically identified species to celebrate the organization’s 30th anniversary.

An auction winner decided to name this new rainfrog species after Greta Thunberg to honour her work in highlighting the urgency in fighting the climate crisis.

“Rainforest Trust is deeply honored to sponsor the naming of this exquisite and threatened Ecuadorian frog species for Greta Thunberg,” Rainforest Trust CEO James Deutsch said in a statement.

“Greta more than anyone reminds us that the future of every species on Earth depends on what we do right now to end climate change.”

Unfortunately, the frog’s remaining habitat is being destroyed by deforestation and the looming climate crisis.

The Mount Chucanti region already has lost more than 30% of its forest cover over the past 10 years. Furthermore, deadly chytrid fungus pose additional threats for its amphibians.

Conservation of the remaining habitat is being carried out by AdoptaBosque and Rainforest Trust for the survival of this frog and many other endangered species.