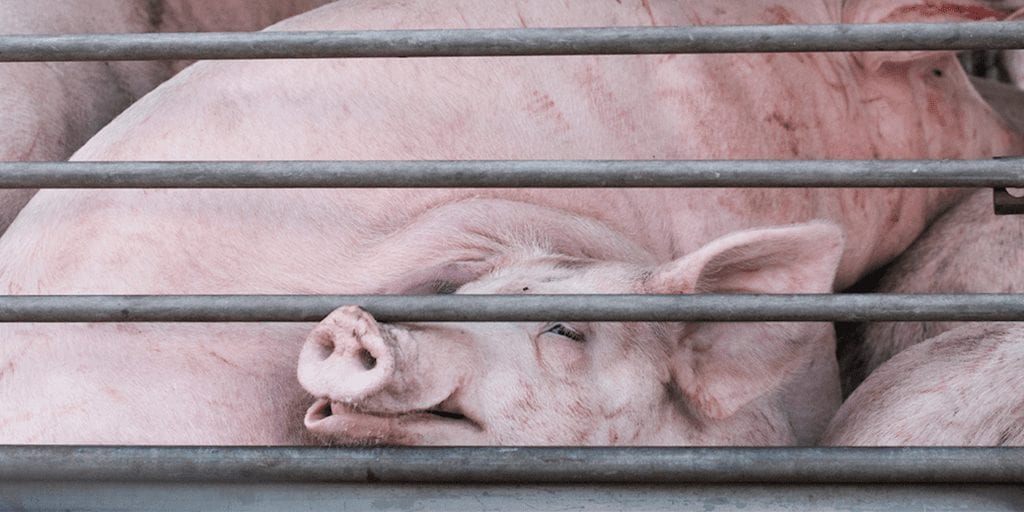 A former undercover investigator who worked inside pig slaughterhouses has revealed how the recent removal of killing speed limits in the US pork industry encourages horrific abuse of animals.

Scott David worked undercover for animal rights group Compassion Over Killing during a pilot scheme of the new restrictions.

In a column for The Guardian, he wrote: “I’ve seen firsthand the hazardous and cruel nature of this controversial program and can say with certainty that it’s anything but “modern”.”

The system increases slaughter speeds to more than 1,000 animals per hour and reduces the number of government inspectors on the lines, meaning care quality is largely down to slaughterhouse employees.

David worked for six months at Quality Pork Processors – which killed 1,300 pigs every hour under the high speed program and is now being used as a model for others around the US.

“Behind the slaughterhouse’s closed doors, I documented pig carcasses covered in feces and abscesses being processed for human consumption, and workers – under intense pressure to keep up with high line speeds – beating, dragging, and electrically prodding pigs to make them move faster,” David wrote.

“As documented on my hidden camera, these animals endured particularly horrific abuses as they were forced to the kill floor in a desperate attempt to keep the slaughter lines moving as fast as possible.

“I even documented a supervisor sleeping on the job when he was in charge of overseeing the stunning process to ensure pigs were effectively rendered unconscious before their throats were slit.”

What should be done to improve animal welfare standards at slaughterhouses? Share your thoughts in the comments section below!