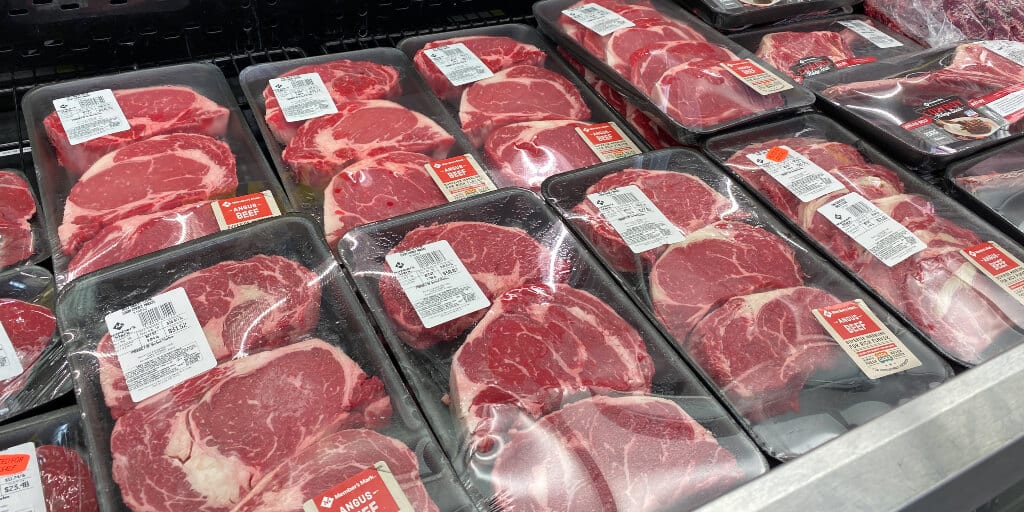 Eating meat regularly has been linked to a higher risk of various diseases, including heart disease, pneumonia, digestive disorders, and diabetes, a new study published in BMC Medicine shows.

The study was conducted by a team at the University of Oxford to monitor 25 major causes of non-cancerous hospital admissions since previous studies have linked red and processed meat – like bacon or sausages – to several diseases, such as bowel cancer.

The study used data of almost 475,000 adults, who were originally recruited into the UK Biobank study between 2006 and 2010.

At the start of the study, participants answered a questionnaire that assessed their dietary habits (including meat intake), and were followed-up for an average period of eight years until 2017.

Among other things, researchers found that participants who consumed unprocessed red meat and processed meat three or more times per week were more likely to smoke, drink alcohol, have weight gain issues, and eat less fruit and vegetables, fibre, and fish.

People who ate more meat were also more prone to polyps in the bowel and diabetes.

In fact, the study showed that just 70g more red and processed meat per day was associated with a 15% higher risk of ischaemic heart disease and a 30% higher risk of diabetes.

People who ate more poultry such as chicken and turkey were found to be more likely to suffer from acid reflux, gastritis, duodenitis, diverticular disease, gallbladder disease, and diabetes.

The study found that just 30g higher poultry meat intake per day increased the risk of developing gastro-oesophageal reflux disease by 17% and diabetes by 14%.

Meat eaters were however found to have a lower risk of iron deficiency anaemia.

The team pointed out that a higher BMI accounted for a “substantial proportion” of the increased risks found among regular meat-eaters.

According to experts, animal products are a ‘major dietary source of saturated fatty acids’ which lead to increased cholesterol – an established risk factor for ischaemic heart disease- and other complications in the body.

“We have long known that unprocessed red meat and processed meat consumption is likely to be carcinogenic,” lead author Dr. Keren Papier, from the Nuffield Department of Population Health at the University of Oxford, said.

“This research is the first to assess the risk of 25 non-cancerous health conditions in relation to meat intake in one study.”

She added: “Additional research is needed to evaluate whether the differences in risk we observed in relation to meat intake reflect causal relationships, and if so the extent to which these diseases could be prevented by decreasing meat consumption.”

Another UK 2020 study, which surveyed 10,000 Brits showed that plant-based diets can slash the risk of heart disease, stroke, and type 2 diabetes.

The study by health check service Medichecks showed that vegans had a lower blood sugar (HbA1c) count, which means a lower risk of type 2 diabetes.

Vegans also had lower levels of non-HDL (bad) and total cholesterol than meat-eaters, which indicates a decreased risk of heart disease and stroke.

In addition, vegans also had up to 30% more healthy livers.

Medichecks’ head of clinical excellence, Dr. Natasha Fernando, said: “An important finding from this 2020 study is the effect of a plant-based diet in supporting the body’s ability to control blood glucose levels because this is a determinant for type 2 diabetes.”

She added: “The evidence that switching to plant-based foods can manage or reverse this condition is hugely valuable, particularly as we navigate the peak of this pandemic.”