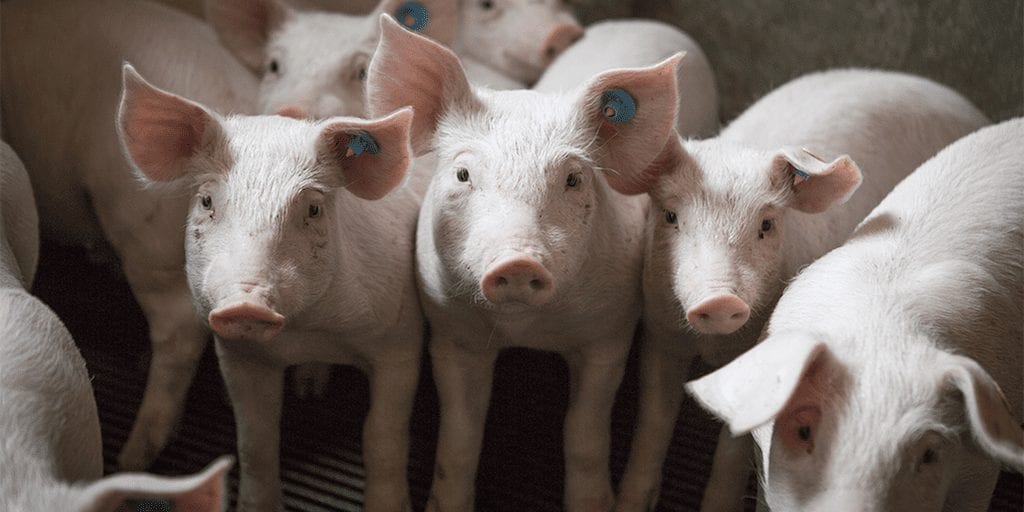 Changes to regulations in the meat industry mean that slaughterhouses will now ‘self-police’ animal welfare protections in place of external inspections.

Animal rights groups are furious at new laws which they say can lead to increased levels of animal abuse.

The new Swine Slaughter Inspection System (NSIS) can be completed internally and will replace visits from the Food Safety and Inspection Service (FSIS).

The new rules have sparked fears that slaughterhouses will have little motivation to adhere to welfare standards previously set by the FSIS.

The USDA said the plans would “modernize swine slaughter inspection”.

The new system also removes a cap on the speed at which pigs can be slaughtered.

The former speed limit was set at 16 hog carcasses per minute, effectively killing 977 pigs in an hour. Critics say the former limit already caused workers to work at an excessive pace and risk injury.

According to a pilot program, the USDA allowed five large hog slaughterhouses to operate at higher line speeds with fewer inspectors since 1997.

An undercover investigation by Compassion over Killing (COK) revealed that one of the five slaughterhouses in the pilot program had a speed limit target of killing 1,300 pigs each hour, or one pig every five seconds.

What do you think of the new regulations? Share this article to reveal the reality behind the pork industry.