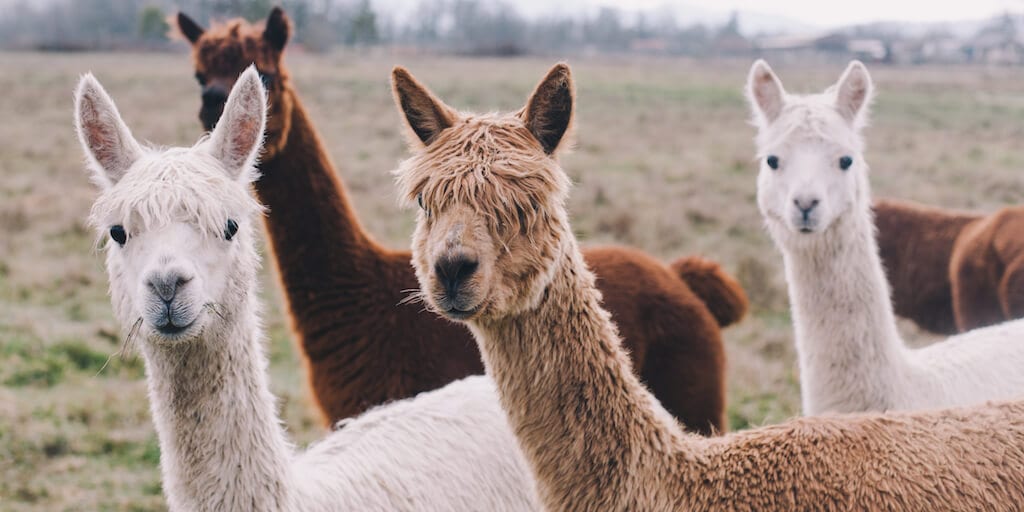 New Look, Ted Baker, Next and Matalan have pledged to exclude alpaca wool from their future collections.

The companies made the ‘compassionate’ decision after bosses were shown horrifying footage of the animals being brutally shorn and sliced.

The investigation was carried out by animal rights charity PETA, who filmed grotesque videos at Malkini – the world’s biggest privately-owned alpaca farm, in Peru.

The recorded clips showed alpacas crying, soaked in blood and vomit as they were cruelly shorn with electric clippers, left with gaping wounds or roughly sewn up without adequate pain relief.

The exposé has already prompted Valentino as well as Marks & Spencer and Esprit to ditch the cruelly obtained fabric.

River Island, Hunter and Barber have also confirmed they have already stopped using alpaca in their collections.

Meanwhile, UNIQLO – the third­-largest clothing retailer in the world, Gap Inc (which owns Banana Republic, Athleta, and other brands) and H&M Group (which owns eight brands) have cut ties with Malkini’s parent company, the Michell Group.

Commenting on these brands ditching alpaca wool, Yvonne Taylor, director of corporate projects at PETA, said: “Consumers today want nothing to do with materials that animals were tormented for.

“We urge all retailers to stand up for vulnerable alpacas by following these companies’ compassionate example and introducing a ban on this cruelly obtained material.”

In response to PETA’s investigation, Michell released a statement in an effort to clarify its stance: “The shocking images transmitted in the video undoubtedly show excesses that we deeply deplore and affect us profoundly. They have clearly been edited and show unacceptable mistreatment practices carried out by negligent shearers.

“We want to reiterate our commitment to continue striving to improve our animal welfare, to work for a healthier environment, to provide the best products and services to all of you, to take care of our collaborators, and to contribute to our community, always in an honest and transparent manner.”

Share this news to raise awareness about the animal cruelties rampant in the fashion industry.