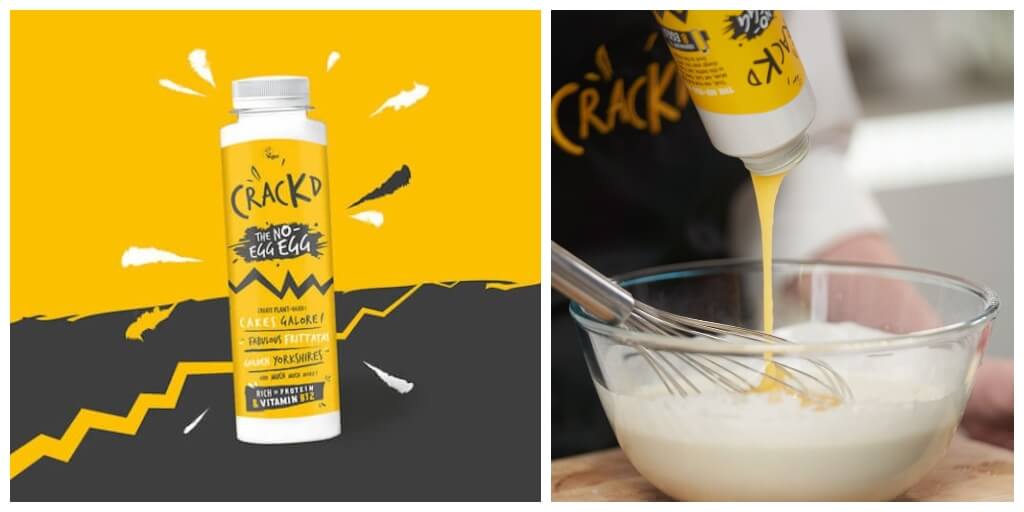 “It is a highly versatile product that’ll make it even easier to make some of your favourite meals and desserts egg-free.”

98% of non-vegans have said they’d be open to trying Crackd’s plant-based alternative, according to new research commissioned by the company and The Vegan Society.

The data comes as the vegan egg brand makes a debut in Morrisons.

According to the findings, 51% of non-vegans said they’d use it to make scrambled eggs, while 47% would try an omelette.

42% of the respondents said they’d try it for pancakes and 37% would use it for fried rice.

Additionally, 38% would prefer using it in sweet treats like brownies and cakes.

The survey also found that those aged between 55-64 had some of the highest figures for wanting to use Crackd despite the age group being the least likely to give veganism a go.

Crackd is made using pea-protein. It cooks like a beaten egg and has the same texture as an egg when it’s cooked.

It can be used to create plant-based cakes, frittatas, golden Yorkshires, muffins, scrambled egg, and more.

The product has a 30-day shelf life and can last 7 days in the fridge after it is opened.

Commenting on the survey results, Rik Roberts from Crackd said: “We created Crackd because we could see that there was a gap in the market for a really easy-to-use plant-based egg alternative for vegans but it’s great to see that it’s also proving popular with non-vegans.

“We already carry the Vegan Trademark but working with The Vegan Society on this survey has given us a great insight into our customers and what they’d like to see from us.

“We’re looking forward to launching in Morrisons – and other supermarkets in the near future.”

Apart from launching in supermarkets, the brand is also planning a global expansion though further details have not yet been disclosed.

Louisianna Waring is the Insight and Commerical Policy Officer at The Vegan Society. She added: “It’s not surprising to see that so many vegans and non-vegans alike are desperate to get their hands on a bottle of Crackd.

“There’s no doubt that it is a highly versatile product that’ll make it even easier to make some of your favourite meals and desserts egg-free. From scrambled eggs to omelettes, with Crackd the possibilities are endless.”

Cracked is also gearing to launch an ad campaign on national television from mid-June. to showcase the versatility of vegan eggs.

It will include three adverts with one featuring Great British Menu finalist Ruth Hanson, who will demonstrate a variety of recipes using the product to help educate consumers on how best to cook with it.