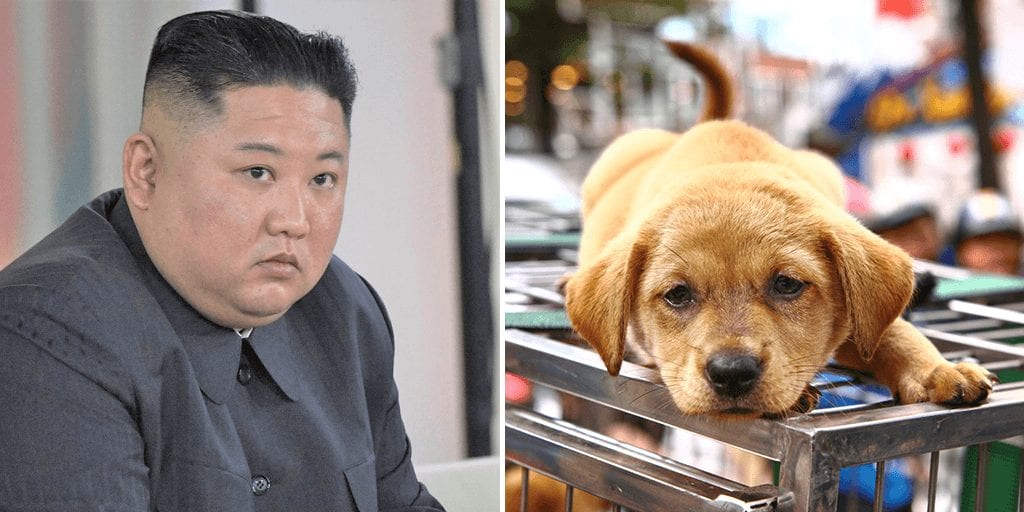 Pets have been forcefully confiscated so that they can be killed for food.

In July, Dictator Kim Jong-un ordered dog owners to surrender their pets for the meat industry as the country struggles with acute food shortages.

The trend of owning pets in North Korea has been a bone of contention since ordinary people have pigs and other livestock while the wealthy and elite enjoy ‘pet privilege.’

It has been reported that authorities have now labeled pet ownership a “decadent” luxury and “a ‘tainted’ trend by bourgeois ideology,” forcing the elite to give up their pets in an effort to pacify growing discontent among the public heightened by the country’s terrible economic situation, which includes food scarcity.

Recent UN statistics show that as many as 60 percent of North Korea’s 25.5 million people don’t have access to sufficient food.

According to reports, a number of natural disasters last year have impacted the harvest, while heavy flooding this month in key agricultural regions have destroyed most of the rice crops.

The situation has been further aggravated with the president closing borders with China due to coronavirus during a time when the region is already facing international sanctions for its nuclear missile programmes.

So, the latest order is an attempt to manage the growing food crisis. South Korean outlet Chosunilbo quoted a source, who stated: “Authorities have identified households with pet dogs and are forcing them to give them up or forcefully confiscating them and putting them down.

“Some of the dogs are sent to state-run zoos or sold to dog meat restaurants.”

The president’s recent order has stoked public resentment and pet owners are ‘cursing Kim Jong-un behind his back’ stating that animal rights are even lower on the regime’s agenda than human rights but there is little they can do, the source added.

Dog meat has been a delicacy on the Korean Peninsula for ages, although South Koreans are gradually shying away from tradition.

Still, a 2018 Associated Press report estimated that South Koreans consume nearly 2 million dogs a year. While statistics from North Korea were not publicized, it is considered a staple on its menu with a number of dedicated dog restaurants in Pyongyang.

Share this story to let others know about North Korea’s stance in sacrificing dogs to manage the country’s food crisis.