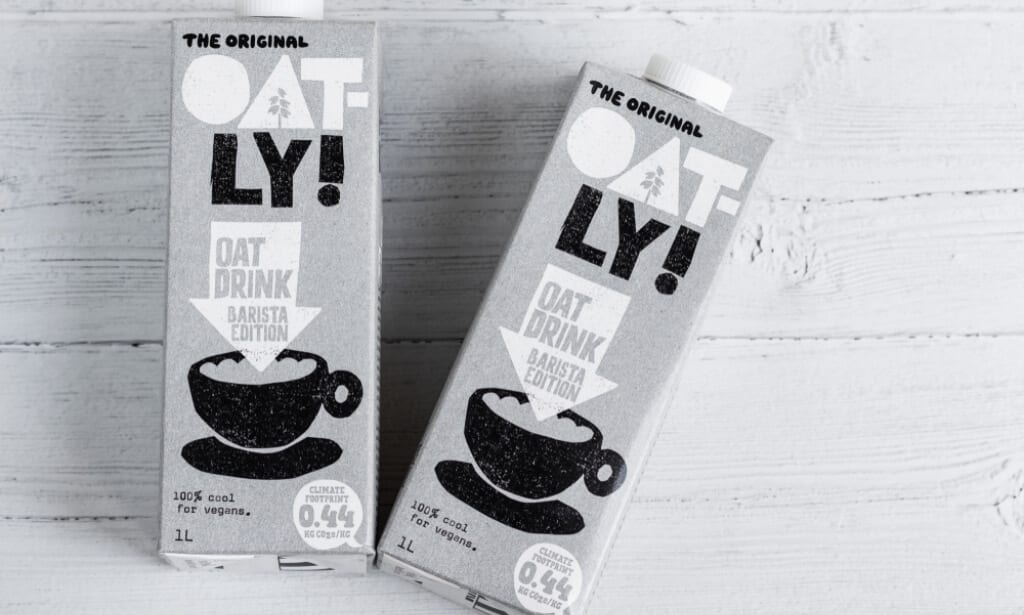 The Swedish company has sold 84.4 million depositary shares for $17 each, raising $1.43 billion.

Today, plant-based food giant Oatly has released its shares to the public with an estimated total valuation of $10 billion.

The initial public offering (IPO) has been in the works for just under a year, and this is the first time that the public can invest in the Swedish plant-based milk company.

According to the company, it sold 84.4 million shares at an estimated cost between $15-17 per share on Wednesday. The shares are expected to begin trading on the Nasdaq Global Select Market today under the ticker symbol OTLY.

Oatly has raised $1.43 billion of which the company will use $188 million to repay a “sustainability linked loan” agreement with European banks. The rest will help the brand expand geographically and in its product range.

The stock market listing also comes at a time when consumer interest in plant-based diets is growing, and fast-food chains and upscale restaurants are busy drawing up new menus to appease health and environment-conscious diners.

Oatly has grown rapidly in recent years. Its flagship product is now stocked in 60,000 retailers and over 32,000 coffee shops across more than 20 countries. The company is also backed by some high-profile investors including celebrities such as Oprah Winfrey, Natalie Portman and Jay-Z as well as private equity group Blackstone.

According to Euromonitor International, vegan cheese, cream and sour milk products could be the next big things presenting Oatly a good opportunity to move beyond beverages and into other dairy alternatives.

The Euromonitor report also shows that the U.S. non-dairy milk market is expected to reach $3.6 billion in 2025, up from $2.5 billion currently while the global business is projected to hit $11 billion from $9.5 billion currently.