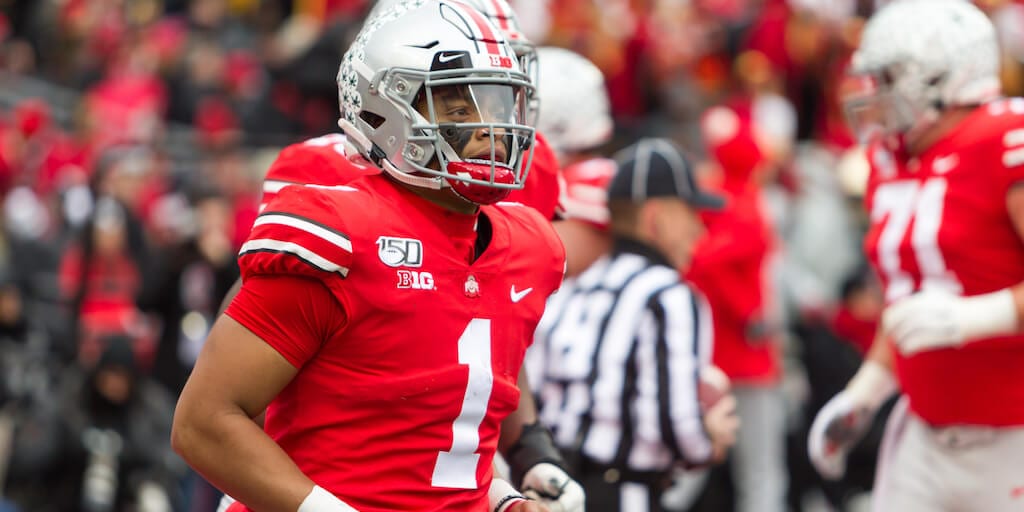 ‘He just did it to be leaner, take care of himself and be stronger and faster, and he looks that way’

Ohio State quarterback  Justin Fields has ditched all animal products and adopted a vegan diet, according to reports.

His decision follows in the footsteps of several high-profile players who have transitioned to plant-based diets including Tom Brady, Rob Gronkowski and Cam Newton.

Ohio State offensive coordinator Kevin Wilson, whose wife is also a vegan, said: “I think he just did it to be leaner, take care of himself and be stronger and faster, and he looks that way.

“He’s a stronger and faster player.”

In August, Fields told reporters that he had “totally switched up” his diet, though he didn’t specify he had converted to a meatless diet at the time.

“What’s neat is that our nutrition people here were also able to complement, where every day even within our program, we might have steaks and chicken or whatever going on for a meal, he has the meals set for him that we’re able to provide, which I think is pretty cool,” Wilson said.

“We have a couple kids that are actually doing that. That’s just how they want to eat, I think that’s awesome.”

Fields commenting on his new fitness levels and dietary changes said he has “been working like crazy” and “doing the little things” plus taking care of his body during the offseason, which has paid off.

“Just doing the little things and kind of just doing as much as possible just to become a better player each and every day,” said Fields.

“So I feel great right now. My body feels great. And I’m ready to go.”