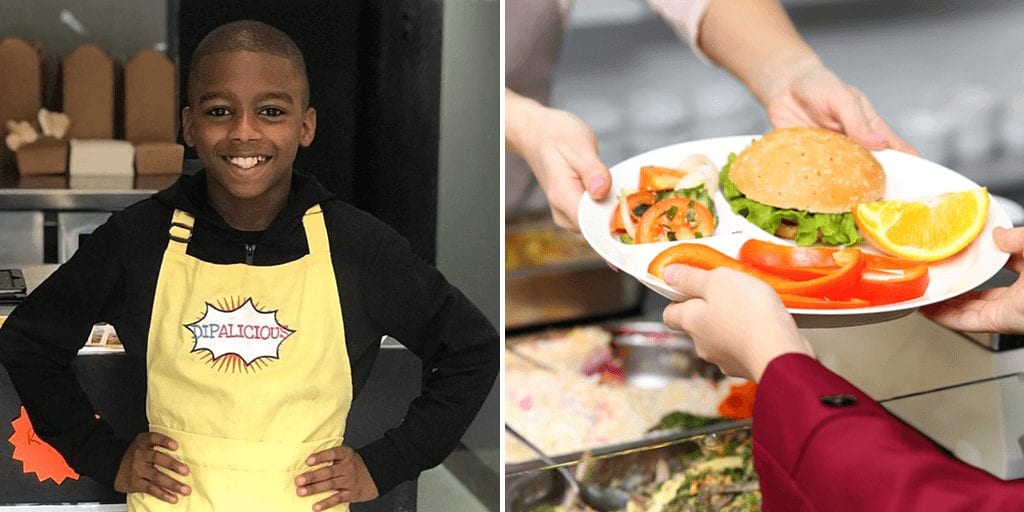 ‘It’s so important to eat tasty foods that keep us healthy and energised during the day, are kind to the planet, and don’t hurt animals’

12-year-old Omari McQueen has appealed to the secretary of state for education asking for an end to mandatory meat in school meals.

Britain’s youngest vegan chef has joined the PETA campaign calling the government to remove the requirement for servings of fish, meat, and dairy from the School Food Standards and replace it with more flexible nutritional guidelines.

The campaign is also supported by other organizations and individuals – including Paul, Mary, and Stella McCartney, founders of Meat Free Monday; Greenpeace UK, the Royal Society for Public Health; and others.

It highlights that the current regulations are out of step with the ‘Eatwell Guide’- the government’s own nutritional advice to the public- which allows for nutritional needs to be met without meat and dairy.

McQueen, who turned vegan at the age of 7 said: “It’s so important to eat tasty foods that keep us healthy and energised during the day, are kind to the planet, and don’t hurt animals.

“Because we don’t need meat or dairy, schools should be able to choose if they want to serve them.”

Paul McCartney, another supporter of the campaign added: “No one needs to eat meat, so it shouldn’t be mandatory to serve it in schools. It’s time to revise the School Food Standards to help the planet, spare animals, and promote healthy eating.”

‘From strength to strength’McQueen is the UK’s youngest multi-award-winning vegan chef. He is also the CEO and founder of Dipalicious dips as well as the author of his upcoming Best Bites Cookbook.

Turning chef at 8 years following his mother’s ill health, “Omari has gone from strength to strength and practices different cooking skills and meals daily, he researches the benefits of everything he cooks and works out the benefits of what he eats,” states the Dipalicious website.