One in 10 young British men would rather go to prison than go meat-free, survey reveals | Totally Vegan Buzz
Skip to content

One in 10 young British men would rather go to prison than go meat-free, survey reveals 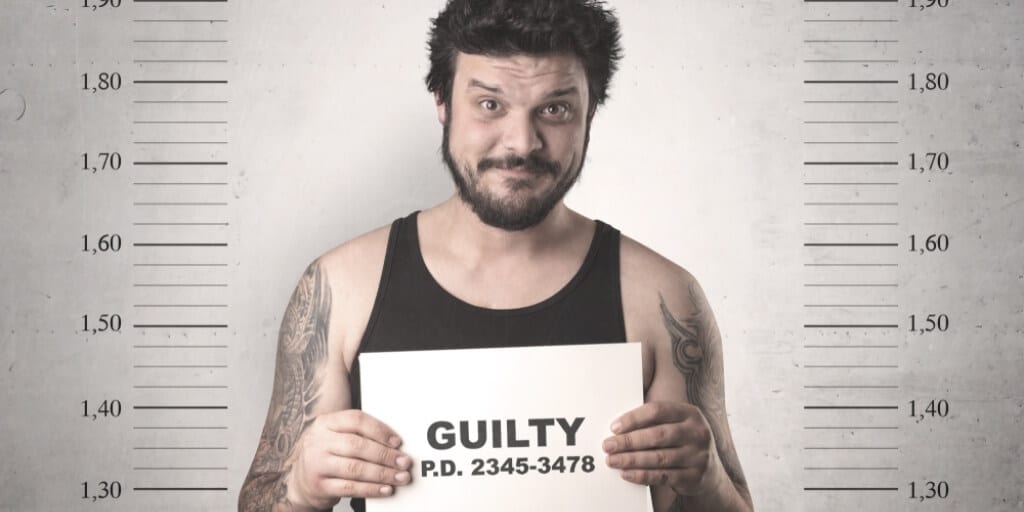 “The survey has uncovered some worrying stereotypes around meat eating and how consuming a diet that’s heavy in meat products is viewed as being masculine, despite the associated health, environmental and social concerns.”

A new poll has revealed that one in 10 young British men would rather go behind bars than stop eating meat.

The survey conducted by OnePoll on behalf of No Meat May also revealed that 51% of Brits associated a meat-heavy diet with masculinity. More than one (12%) said that giving up meat would make them feel less masculine.

In fact, No Meat May – the charity campaign that calls on the public to eliminate meat for 31 days for health, environmental and social reasons said that 90 % of sign-ups for this year are currently women highlighting the ‘major disparity between the sexes in their attitudes towards adopting a meat-free diet’.

Survey results also highlighted that 30% of men said they believed humans are meant to eat meat. Less than a quarter (22%) of women shared the same view.

While two-thirds (67%) said they’d rather have their life expectancy reduced by five to 10 years than ditch meat, more than one in 10 (11%) for those aged 25 – 34 said they’d prefer going to jail than giving up meat.

A good 35% of male participants said they’d give up meat if it improved their health.

Similarly, women respondents cited health benefits as the main reason they would consider switching to a vegetarian or vegan diet. 38% said they would stop eating meat if it gave better health prospects, 36% were ready if it reduced their chance of developing certain cancers, and 33% if they lost a stone or more in weight.

The study also found that while 76% claimed they cared about the environment, just 26% were ready to forgo meat and other animal products to reduce their impact on the planet.

28% of female respondents compared to 21% of men said they would stop eating meat if it saves the lives of thousands of animals.

Another interesting finding of the study showed that although 18% of participants said they would stop eating meat if it improved their sexual performance, 39% said they’d prefer not to date a vegan.

Ryan Alexander, the founder of No Meat May said: “The survey has uncovered some worrying stereotypes around meat eating and how consuming a diet that’s heavy in meat products is viewed by both men and women as being masculine, despite the associated health, environmental and social concerns.

“We want to challenge these destructive beliefs about men and their meat. Why do we expect our boys to eat meat to be considered manly? What’s more masculine than protecting people and the planet?”

He added: “Significant research over many years has shown that eating meat and other animal products is not only hugely damaging to the environment but can increase the risk of developing certain cancers, obesity, and reduced life expectancy.

“The coronavirus pandemic has also served to highlight the link between animal consumption and public health crises.”

No Meat May campaign

According to the poll, the biggest barrier to Brits adopting a vegan diet is that nearly half believe that food choices are boring, while 32% are confused on what options are suitable for them. 20% also believe their health will deteriorate as a result of going plant-based.

More than one in 10 (13%) of 16 – 34-year-olds shy away from making the shift fearing that people would mock them for eating a vegan diet.

However, Alexander said: “It’s concerning how many young men and women we surveyed said they’ve eaten meat to fit in and avoid being mocked, even though many want to cut down their meat consumption, and care about protecting the environment and saving the lives of animals. That’s where No Meat May can help.

“Giving up meat might seem hard but it’s never been easier – there are so many brilliant plant based options out there, particularly in the UK. And when you join No Meat May, you get thousands of people from around the world cheering you on and sharing their veggie cooking discoveries. There are free cooking demos and hundreds of easy, delicious recipes to inspire you. It’s a really fun journey and a fulfilling one – for your health, your soul and your taste buds.”

Dr Shireen Kassam, the founder of Plant Based Health Professionals UK, also commented on the survey findings. She said: “This survey highlights a real disconnect between the science and public attitudes relating to meat consumption.

Given that eating meat, particularly red and processed meat, is a leading risk factor for some of our commonest chronic illnesses, it is quite alarming to learn how entrenched some myths and beliefs about a vegan diet actually are.

“This is undoubtedly a result of decades of effective marketing and PR by the meat industry.”

She added: “Removing meat from the diet and replacing it with healthy plant foods is one of the best things you can do for your personal health.

“This includes lowering your risk of heart disease (the leading cause of death for men and women), type 2 diabetes, certain cancers and maintaining a healthy weight.

“There is even evidence to suggest that avoiding meat improves sexual function and sperm quality in men!

“In addition, adopting a vegan diet is one of the most impactful actions we can take as individuals to reduce our carbon footprint and play our part in addressing the climate and ecological crises.

“Supermarkets, restaurants and public catering all now include vegan options and a varied, plant-based diet is anything but boring, rather it’s full of abundance and flavour.

“In 2021, maybe we should consider taking care of your mental and physical health and caring about the environment as ‘manly and masculine’.”

Share this story: One in 10 young British men would rather go to prison than go meat-free, survey reveals.