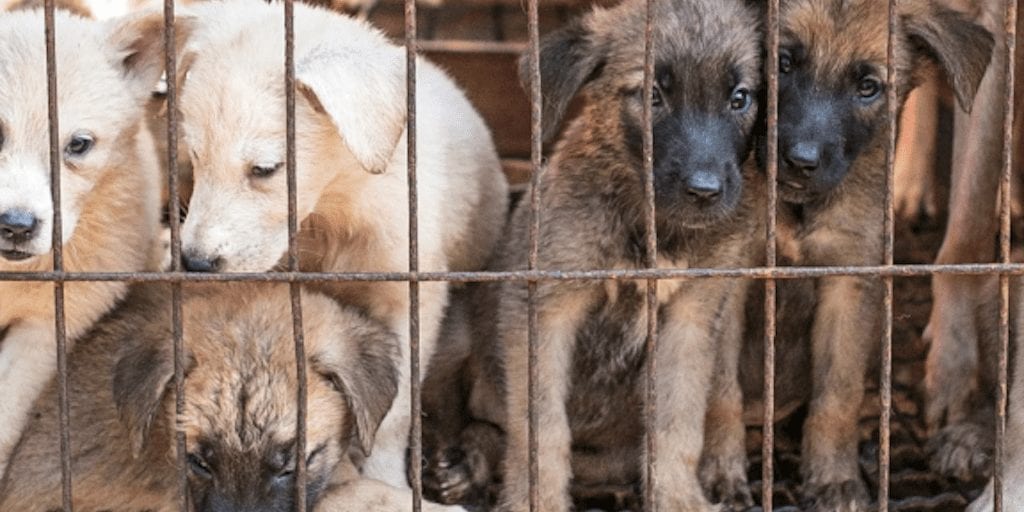 A huge dog meat market in South Korea is being closed down as the trade’s popularity drastically declines – thanks to the tireless work of animal rights activists.

The Gupo market in Busan is one of the largest remaining markets in South Korea, which is the biggest producer of dog meat in the world killing 2 million animals every year.

The Gupo market allowed customers to wander through and choose from living caged dogs which would be slaughtered to order, and also featured a range of chilled dog meat.

But the market’s 19 vendors will be closed next month after an agreement was reached between businesses and local authorities.

The Humane Society celebrated the closure after relentlessly campaigning to stop the trade, and said it is a ‘sign of more compassionate times’.

Dogs at meat markets in South Korea are subjected to brutal lives and horrific forms of killing.

HSI reported that dogs are mostly electrocuted, which can take between five to twenty minutes to kill them.

Some dogs are also killed by hanging and laid to rest in view of other caged animals.

Dog meat is thankfully losing its popularity with South Koreans, particularly with the younger generations. Last year the country’s biggest slaughterhouse in Seongnam city was closed.

The Humane Society International’s dog meat campaigner Nara Kim said: “We very much welcome the agreement reached to close Gupo market, home to one of the largest dog meat markets in South Korea.

“The closure plan is the result of months of hard work between the local authorities and the market vendors, and both sides are to be commended for working towards this goal that will not only bring to an end to Gupo’s dog meat era, but will also see the area regenerated with new amenities and businesses for the benefit of the local, modern economy.

“HSI has been working with dog meat farmers in South Korea for nearly four years helping them close their flagging businesses as more people in the county turn away from dog meat, so the closure of Gupo’s grimly iconic dog market, which follows the demolition last year of the country’s largest dog slaughterhouse complex, is a sign of more compassionate times.

“This is the latest crack down on an increasingly unpopular dog meat trade, and we hope that it inspires further closures in future where dogs also suffer for the meat trade, such as Chilsung market in Daegu.”

What do you think of the closure of Gupo market? Share your thoughts in the comments below!