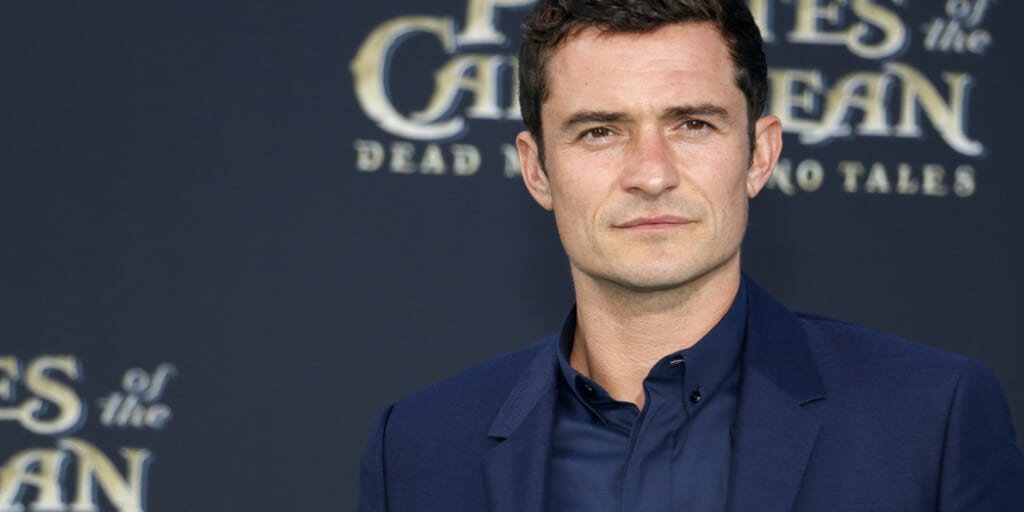 Actor Orlando Bloom says cows are the ‘most beautiful thing ever’ and “at some point in time we’ll look back and not be able to believe we used to eat meat.”

Following in the footsteps of fiancé Katy Perry, British actor Orlando Bloom recently revealed that he is eating a mostly plant-based diet.

In an interview with The Sunday Times, the 44-year-old Pirates of the Caribbean star said: “I’m 90-percent plant-based.”

Outlining his unique breakfast regimen, he said:  “I like to earn my breakfast so I’ll just have some green powders that I mix with brain octane oil, a collagen powder for my hair and nails, and some protein. It’s all quite L.A. really.”

For breakfast, the star said he eats porridge mixed with hazelnut milk, cinnamon, vanilla paste, and vegan protein powder that he tops with hazelnuts and goji berries along with a cup of PG Tips (a popular British tea brand).

Whereas, lunch is ‘mostly plant-based’, consisting of vegetables and a really good piece of red meat maybe once a month.

“I sometimes look at a cow and think, ‘That’s the most beautiful thing ever,’” he told the publication.

“At some point in time we’ll look back and not be able to believe we used to eat meat,” he added.

Bloom also discussed other aspects of his “quite L.A.” daily routine, which involves 20 minutes of Buddhist chanting – a practice he has been following since he was 16 years old –  as well as early morning hikes.

In addition, he also spoke of spending quality time with his 6-month-old daughter Daisy, whom he shares with Katy Perry.

Unlike, Bloom, Perry has been dabbling in veganism for a year now.

Earlier this year, the pop superstar told her 109 million Twitter followers she was ready to be ‘100% vegan’.

She also later added in another social media post that clothes are among the “top five of the most polluting things for our planet,” and she wants to be an environmentally conscious shopper and will going forward only ‘buy out of necessity’.

Share this story: Orlando Bloom opens up on following a healthy and 90% plant-based lifestyle.