Over 5000 polar bears have been killed for sport 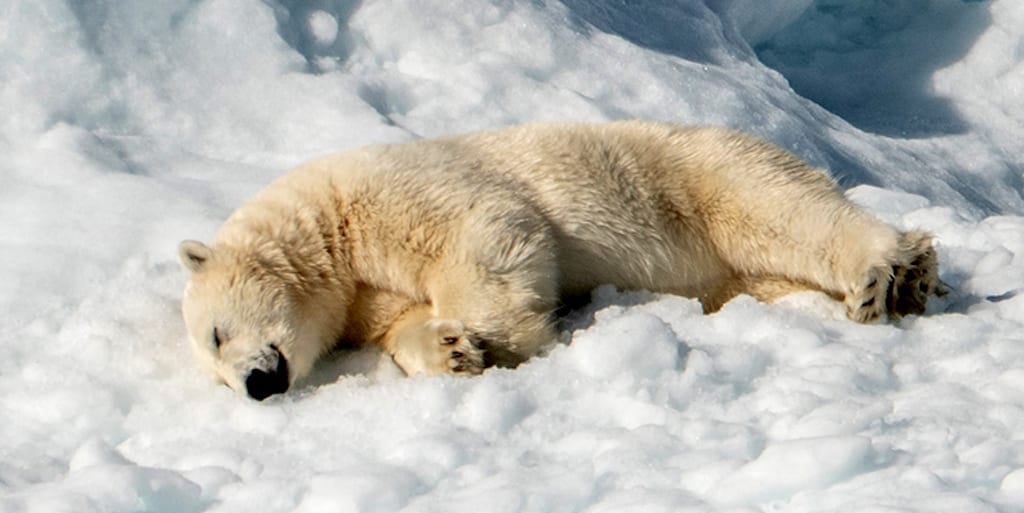 Animal specialists are stunned at the shocking, popular animal tourism craze that has butchered more than 5,000 polar bears for trophy hunting in Canada in recent years.

This is happening when it is already hard enough for polar bears to survive with their rapidly eroding ice-habitat, thanks to the humans’ inhumane attitude towards climate change.

About 17 polar bear trophies have been legally imported into the UK alone since 1995 as professional hunting firms target Brits, Americans, and the Chinese.

Hunters are offered several attractive predator packages to be able to gloat with a bear hide above their fireplaces back home. And, rich hunters are willing to pay £36,000 for a 12 day polar bear hunting excursion to the Arctic Circle.

To add fuel to the fire, these firms offer services of a taxidermist, who’ll turn the carcass into rugs and other embellishments for the hunters’ living rooms.

Quality Hunts- an organization offering such £36,000 trips – announces on its site: “Your hide, skull and baculum bone will be shipped frozen by a ­recommended Canadian taxidermist”

“There it will be fleshed, cleaned, appropriately salted and tanned. Once appropriately arranged, your cover-up can be put away for a long time.”

These companies also claim ‘100 per cent success rates’ by engaging services of an expert Inuit guide who will help the hunter track down the bears before killing them with an array of hunting tools.

Inuit communities residing in the Arctic regions of Greenland, Canada, and Alaska are allowed to kill predetermined numbers of bears and walruses for animal husbandry.

However, Canadian Inuit are selling their licenses for blood sports.

Eduardo Gonçalves heading the Campaign to Ban Trophy Hunting, said: “It is well known polar bears are in serious danger of becoming extinct because of climate change.

“If we want to see them survive, we need to stop the senseless slaughter.

“The ­Government should ban im­­­ports of all hunting trophies right away.”

The International Union for Conservation of Nature (IUCN) classified the bears as endangered species and their assessment in 2015 showed polar bears facing imminent dangers such as:

Yet CITES – the Convention on International Trade in Endangered Species of Wild Fauna and Flora, also called the Washington Convention– scandalously allows trophy hunters to shoot them.

Dr Teresa Telecky, of the Humane Society International, said: “Polar bears are being pushed to the brink of extinction by climate change.

“Without ice, they are forced onto land where they are easy targets for trophy hunters.

“Canada is cashing in on this crisis. If it won’t act to save this species, other countries must.”

Do you think trophy hunting should be made a punishable offense? Tell us in the comments below.