Over 600 cats rescued from slaughterhouse in China 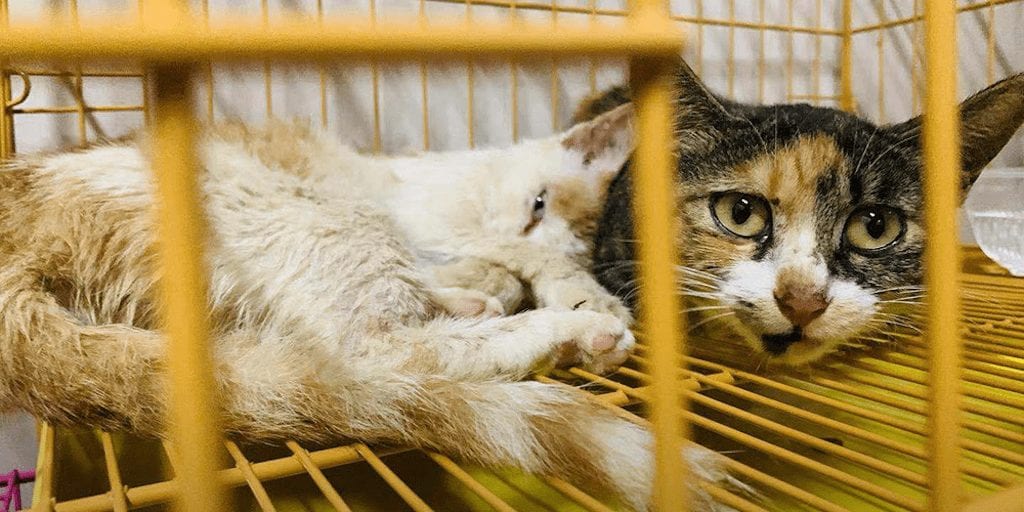 Volunteers of the HSI managed to save over 620 cats that they believed were stolen and locked up in steel cages in a contaminated truck bound for a slaughterhouse in Nanjing, China.

The cats, some of which still had their owners’ collars on were visibly distraught, malnourished, and dehydrated. They were crammed in stuffy cages with little room to move around and with the sole purpose of delivering them to the slaughter house.

HSI, along with their partners – CAWA and Vshine, arranged for emergency medical treatment before distributing the cats to partner shelters and foster homes for their care and wellbeing.

Several cat lovers were dismayed with the stolen cats’ plight and took to Facebook to express their concerns; however, they also praised the HSI for their heroic effort in freeing the cats from the throes of death.

This episode is not isolated though, with a similar incident happening in 2015, HSI rescued a pair of cats from a slaughterhouse in Yulin, China.

The cats were rescued alongside a dog by a HSI worker, who happened to have been in Yulin to interact with local activists protesting against the region’s annual mass dog slaughter. The freed animals were then brought into the United States and put up for adoption.

Do you have a story of rescuing an animal? Tell us in the comments section below!