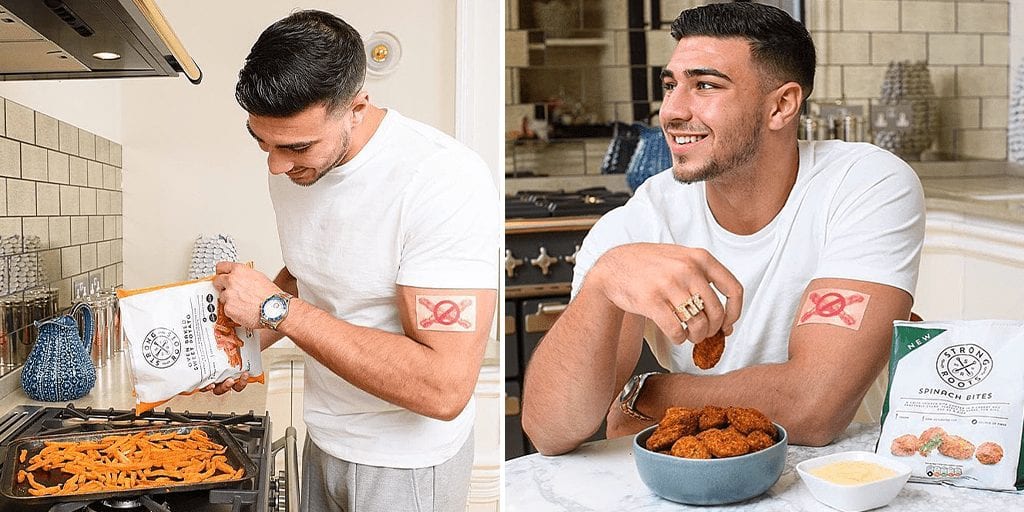 Plant-based food company Strong Roots has collaborated with a scientist to design a patch that can help people trying a plant-based diet curb their meat cravings.

Drawing inspiration from nicotine patches that help smokers wean themselves from smoking, Oxford professor and author of Gastrophysics: The New Science of Eating, Charles Spence has created a patch for meat eaters looking to ditch animal products.

Since smell plays an important role in sending food related signals to the brain, the meat patch will work on the principles of sensory perception and allow wearers to curb their cravings by inhaling the patch infused with the smell of bacon leaving them feeling satiated and “satisfied”, claims Professor Spence.

“Studies have shown that scent can reduce food cravings,” said the professor.

“Our sense of smell is strongly connected to our ability to taste therefore experiencing food related cues such as smelling bacon aroma, can lead us to imagine the act of eating that food. Imagine eating enough bacon and you might find yourself sated.”

With Strong Roots confident that its new innovative product will help quell people’s cravings, the patches will be initially tried on a select number of volunteers in Reading, Leeds, Liverpool and London, the results of which will dictate a wider roll out.

“Brits keen to adopt a vegetarian diet are about to get scientifically-proven help to wean them off their love of meat,” said a company spokesperson.

“It comes after a study of 2,000 adults found that between cigarettes, alcohol and meat, meat is the hardest to give up.”

A poll commissioned by Strong Roots surveyed 2,000 Britons and found that 18 per cent admitted they would struggle to give up meat, compared to 15 per cent for cigarettes and 15 per cent for alcohol.

The study also showed that one-in-10 ate meat with every meal, and 33 per cent ate meat at least once daily.

However, 36 percent admitted eating meat made them feel guilty and  43 percent said they wanted to reduce the amount they ate.

Samuel Dennigan, the founder of Strong Roots, said: “It’s Veganuary and we know that more people than ever are trying to adopt a plant-based lifestyle this year.

“However, the research shows just how many of them struggle with their resolution, so we wanted to offer a helping hand, and have developed the world’s first ever meat-patch. We hope it goes some way to supporting all the meat-a-holics out there.”

And the company has roped in Love Island contestant Tommy Fury to endorse the product.

He posted an image of him wearing the patch on Instagram with a caption that stated that although he loves eating meat, he is “making an effort to cut-down and eat more healthier this year.”

“I’ve partnered with frozen, plant-based brand @strongrootsuk who have created a fantastic way to help – the world’s first “Meat Patch”, he wrote.

“It’s got scratch ‘n’ sniff technology to help with the cravings. Now I can have quick and easy meat-free meals, packed full of flavour and great ingredients to give me the energy I need for work-outs, whenever I want!

The post has sparked a debate on the effectiveness of such a proposition with some advocating the patch while others clearly not impressed.

How effective will this bacon-infused patch be in keeping people off meat? Share your thoughts in the comments below!