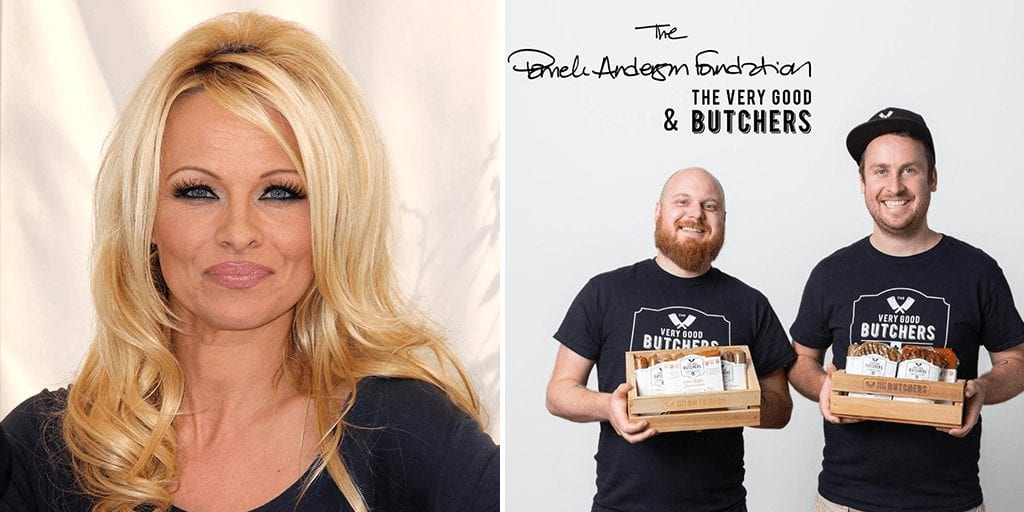 ‘Pamela is a powerful change-agent, and we’re honored to have the Very Good Butchers brand be featured as part of her campaign’

The collaboration will have VGB, founded by couple James Davison and Tania Friesen, share a portion of its October sales with the Baywatch actor’s foundation.

Sharing the news on Instagram, VGB wrote: “All month (October), we will be offering you, our Very Good customers, a discount code (PAMELA) for 10% off your online order.

“From those sales, we will be giving 25% of the proceeds back to The Pamela Anderson Foundation.

“We’re really excited to be able to do our part to support The Pamela Anderson Foundation in its efforts to spread awareness for animal rights, and to encourage plant-based diets.”

A post shared by The Very Good Butchers (@theverygoodbutchers)

VGB will also launch specially marked packages in retail stores and donate 10 % of the resulting sales from these packs to the foundation in this month.

VGB CEO Mitchel Scott said. “With such a massive platform, including over one million followers on Instagram, Pamela is a powerful change-agent, and we’re honored to have the Very Good Butchers brand be featured as part of her campaign.”

Commenting on the collaboration, Anderson said: “It is a thrill to have my foundation associated with a butcher: a 21st-century butcher who uses technology to create plant foods that help animals, human health, and our planet.”