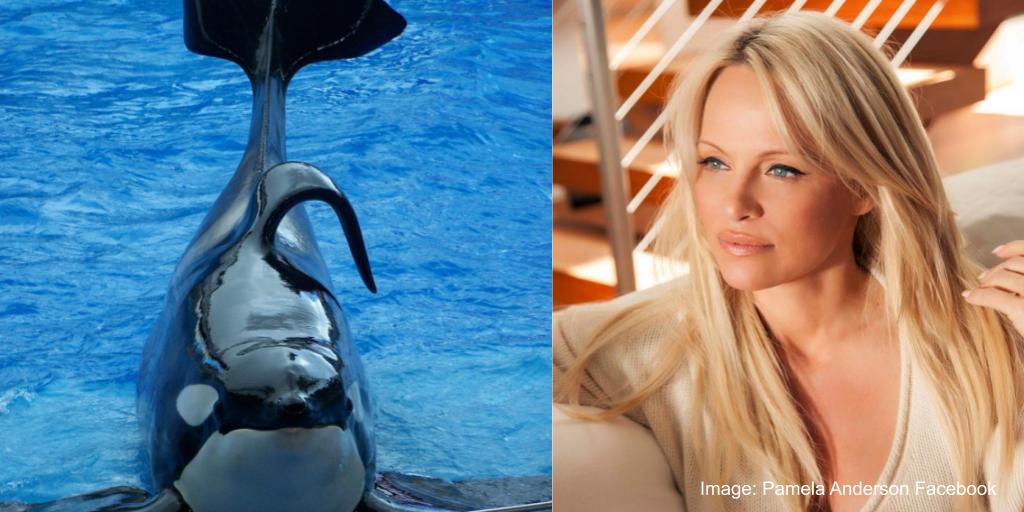 Pamela Anderson has demanded the release of a 52-year-old Orca from SeaWorld which she says has suffered a life of ‘confusion pain and death’.

The celebrity shares a birthday – July 1 – with SeaWorld’s Corky, and in a letter to the animal park she says the orca is ‘always on my mind’ as her birthday approaches.

Corky was captured in 1969 off the coast of British Colombia, Canada, near Anderson’s hometown and is currently being held captive.

“Please don’t let her die in a tank that, to her, is comparable to the size of a bathtub,” Anderson writes in a letter to new SeaWorld CEO Gustavo Antorcha.

To illustrate her point, she appears in a new PETA ad, posing in a tub beneath the words “Could You Live in a Bathtub for Decades?”

“Corky’s brother and sister are still alive and flourishing in the wild,” Anderson writes, “and a Canadian scientist who has been studying her family wants to bring her home. It’s within your power to release this long-suffering orca to a seaside sanctuary in a protected bay of her home waters.”

The orca was used in a now-illegal breeding program in which all seven of her offspring died within weeks, according to PETA.

Pressure has been building for SeaWorld to create sea sanctuaries. The National Aquarium in the US is retiring the dolphins it held captive – including one who was born at SeaWorld – to such a habitat, beluga whales are being moved from a Chinese marine park to a sanctuary in Iceland, and Parliament in Anderson’s native Canada just voted to ban dolphin and whale captivity outright.

PETA notes that in the wild, orcas form complex relationships and swim up to 140 miles a day.

At SeaWorld, they swim in circles inside shallow tanks filled with chemically treated water, where the high level of sun exposure can cause them to develop skin and eye disease, PETA explained.

The group is also calling on TUI to cut ties with SeaWorld and stop selling tickets to the marine park, as other travel operators such as Responsible Travel, STA Travel, and Thomas Cook have already done.

What do you think of Pamela Anderson’s letter? Share your thoughts in the comments section below!