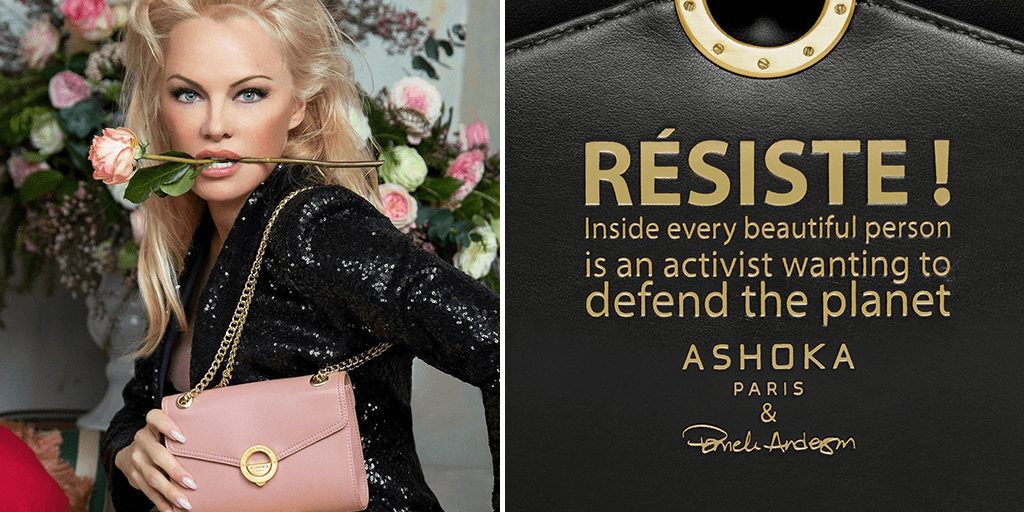 The collection has been designed by David Mateo, who worked with the celebrity for almost 16 months to create the new line, which is “distinguished by its original, brushed and golden clasps, its embossed messages and its pop art lining,” wrote the brand.

As part of the collaboration, Ashoka Paris will donate a part of the proceeds to the Pamela Anderson Foundation which has been working to protect human rights, animals and the environment for the past 25 years.

‘Honor and a fabulous experience’

In a statement, the brand added: “Working on this Vegan bag project with Pamela, a global celebrity and committed activist, is an honor and a fabulous experience.

“Behind the star we discovered an intelligent, approachable, sincere and creative woman who is brimming with ideas and energy.”

“It is this singularity that we have managed to express through this Pamela Anderson x Ashoka Paris collection.”

The Pamela imagined collection is available to order on the cruelty-free brand’s website.

Share this news to let others know of the new capsule collection by Pamela Anderson.