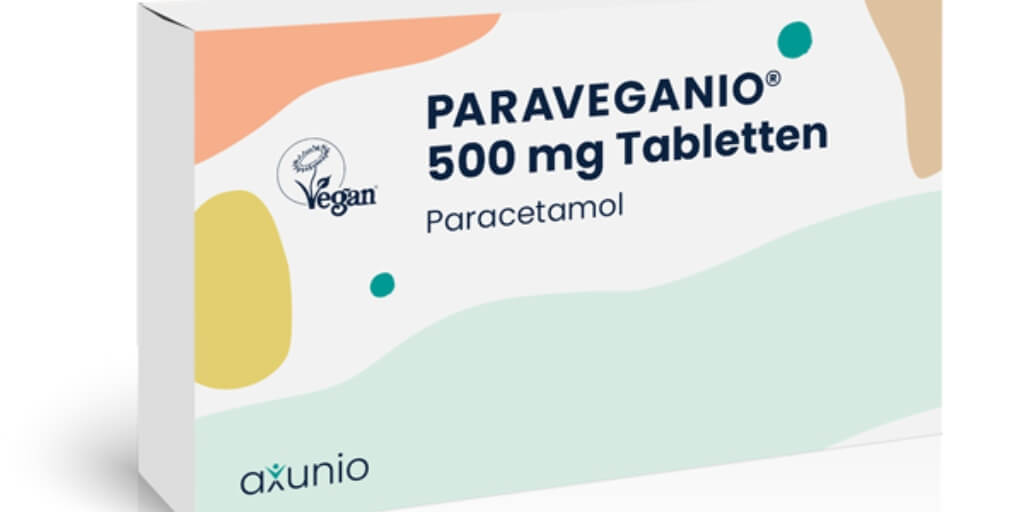 “We know that many vegans struggle to find medication that is both suitable to their needs and in-line with their beliefs, which can be distressing.”

For the first time, a medicinal product has been registered with The Vegan Society’s Vegan Trademark.

Paraveganio – developed by German pharmaceutical company Auxino – is the first paracetamol option to be awarded the vegan certification.

Although paracetamol is one of the most widely used painkillers in the world – it is not commonly known that paracetamol – and many other medicines – often contain animal additives.

According to The Vegan Society, nearly 75% of the most commonly prescribed UK medicines contain animal-derived ingredients, in addition to animal testing protocols of the industry.

Conventional paracetamol tablets contain a salt of stearic acid and magnesium, which the pharma giant says could be of animal origin

However, the magnesium stearate in Paraveganio containing 500mg of the proven active ingredient paracetamol, is extracted from pure plant origin.

The vegan paracetamol tablets are currently only available in Germany, however, Axunio has plans to launch it in other markets.

‘A rethink in the pharmaceutical industry’

“I am very happy and proud that as the product manager of Paraveganio ® I can contribute to the realization of this project,” Julia von Horsten Product & Business Development Manager at Auxino said.

“I firmly believe that continuous development is essential even in a highly regulated industry like ours.

“With the launch of our first vegan-certified drug, we want to initiate a long-term rethink in the pharmaceutical industry.”

Ericka Durgahee is the Marketing Manager at The Vegan Society. She said: “We’re delighted to see our Vegan Trademark for the first time on a vegan medicinal product

“We know that many vegans struggle to find medication that is both suitable to their needs and in-line with their beliefs, which can be distressing.

“However, Axunio have shown just how easy it is to create a brilliant vegan-friendly product and we can only hope that other pharmaceutical companies follow suit and work to create more vegan medications.”

Paraveganio might be the first to secure the society’s certification, but it’s not the only one active in the clean medicine space.

Currently, French company Veggiepharm – founded in 2017 – is the very first pharmaceutical company to develop medicines certified without animal ingredients and not tested on animals.