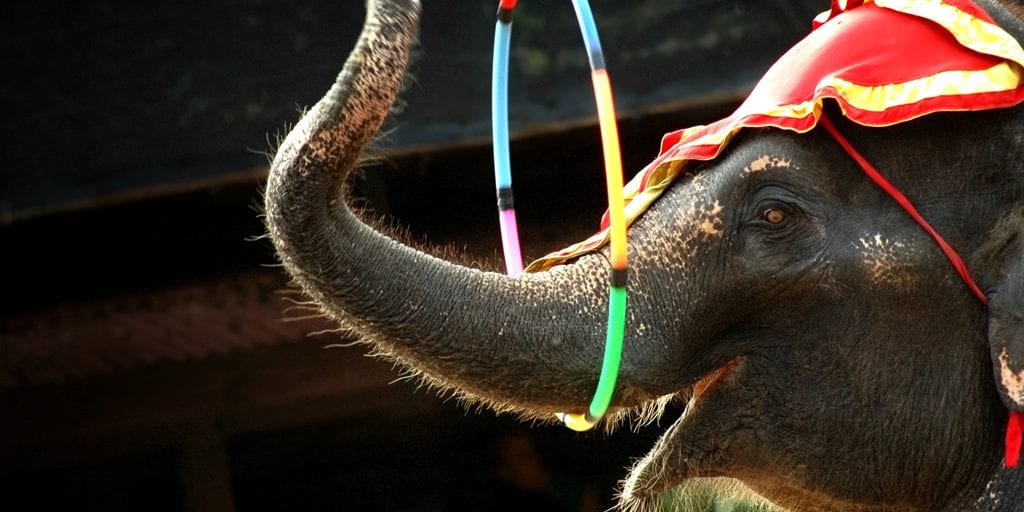 Paris has moved to ban wild animals being used in circuses, putting an end to a ‘barbaric practice’.

Last week the City Municipal Council announced that it would reject all permits for circuses featuring wild animal acts from 2020 onwards.

Speaking ahead of Friday’s council decision, Penelope Komites, a Paris councillor responsible for nature in the city, said: “We will no longer give authorisation for the use of public space to any circus that presents shows featuring wild animals.”

Poll results by research company OpinionWay have revealed that 66% of French people oppose the use of wild animals in circuses, and only about 10% have visited a circus in recent years.

“The number of animals has decreased drastically due to public pressure,” Muriel Arnal, president of animal rights organization One Voice told AFP.

But hundreds still “live in tiny, tiny cages inside trucks. They have nowhere to hide, they are stressed, and also they have nothing to do. Then they are taken out for the show or for… training which is very violent… They are never at peace.”

The city council is ready to financially support circuses and help them in rehabilitating the animals.

“Any circus that agrees to give up its animals will get funding of about €50,000 over three years to help it adapt,” informed Komites.

“It is not a life worth living,” added Arnal.

“Forcing wild animals to perform confusing tricks is a barbaric practice that has no place in a compassionate society,” said PETA

The animal charity reported that according to the British Veterinary Association: “The welfare needs of non-domesticated, wild animals cannot be met within the environment of a travelling circus, especially in terms of accommodation and the ability to express normal behavior.

“In other words, animals forced to perform will always suffer – the only humane option is to keep them out of circuses altogether.”

Should the use of wild animals in circuses be banned across the whole of France? Share your thoughts in the comments section below!