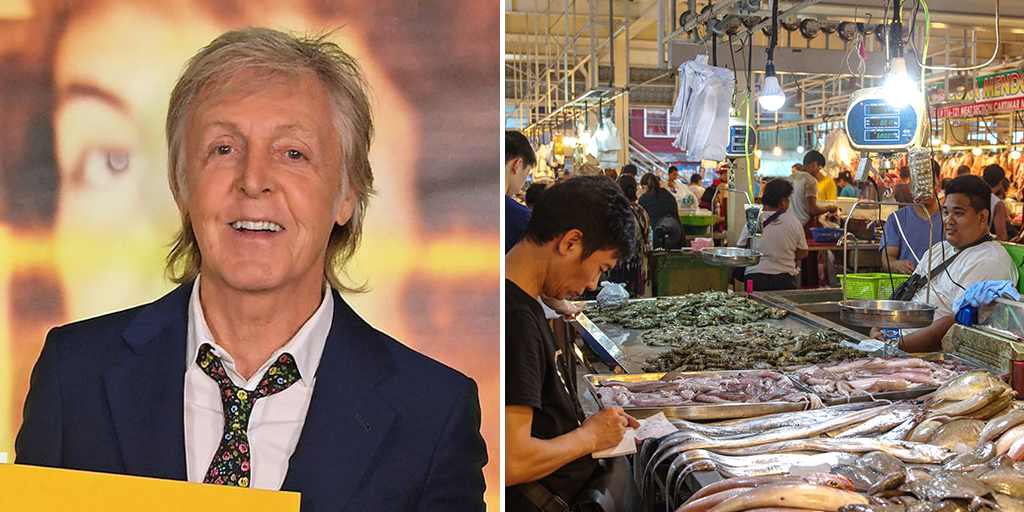 ‘Let’s face it, it is a little bit medieval eating bats.’

Sir Paul McCartney launched into a passionate rant aimed at the Chinese government’s reluctance to shut down wet markets- the suspected origin of the deadly coronavirus that has already killed tens of thousands, altered the daily lives of hundreds of millions, and put the entire world on edge.

Discussing the current pandemic situation on a call with US radio host Howard Stern on Sirius XM, this Tuesday, McCartney said: “I really hope that this will mean the Chinese government says, ‘OK guys, we have really got to get super hygienic around here.’

“Let’s face it, it is a little bit medieval eating bats.”

Stern echoing McCartney’s sentiment noted that it was “mind boggling” that China was reluctant to shut down the markets despite the current situation.

In reply, McCartney said: “It wouldn’t be so bad if this is the only thing it seems like you can blame on those wet markets.

“It seems like Sars, avian flu, all sorts of other stuff that has afflicted us … and what’s it for? For these quite medieval practices. They need to clean up their act. This may lead to [change]. If this doesn’t, I don’t know what will.”

Self-isolating at his home in Sussex with daughter Mary and her family, the former Beatles frontman and animal rights activist added that “whoever is responsible for this is at war with the world and itself.”

In reply to Stern’s next question on the idea of banning the wet markets, the 77-year-old answered: “I think it makes a lot of sense…when you’ve got the obscenity of some of the stuff that’s going on there and what comes out of it, they might as well be letting off atomic bombs. It’s affecting the whole world.”

Even majority of the stalls at Wuhan’s biggest wet market Baishazhou have resumed business after lockdown rules were laxed at the epicentre.

‘Shut them right away’

Comparing China’s resistance to close the markets to the country’s slavery culture in the past, McCartney added: “I understand that part of it is going to be, ‘People have done it forever. This is the way we do things.’ But they did slavery forever, too. You’ve got to change things at some point.”

Actor and animal rights activist Ricky Gervais called for a global shutdown of wet animal markets and a ban on wildlife trade.

In an interview with the Mirror, the 58-year-old said: “For the sake of people and animals, wildlife trade and consumption has to end, now.”

Even America’s chief infectious disease expert Dr. Anthony Fauci implied the ongoing public health crisis was a “direct result” of the thriving wet animal markets and demanded that authorities “should shut down those things right away.”