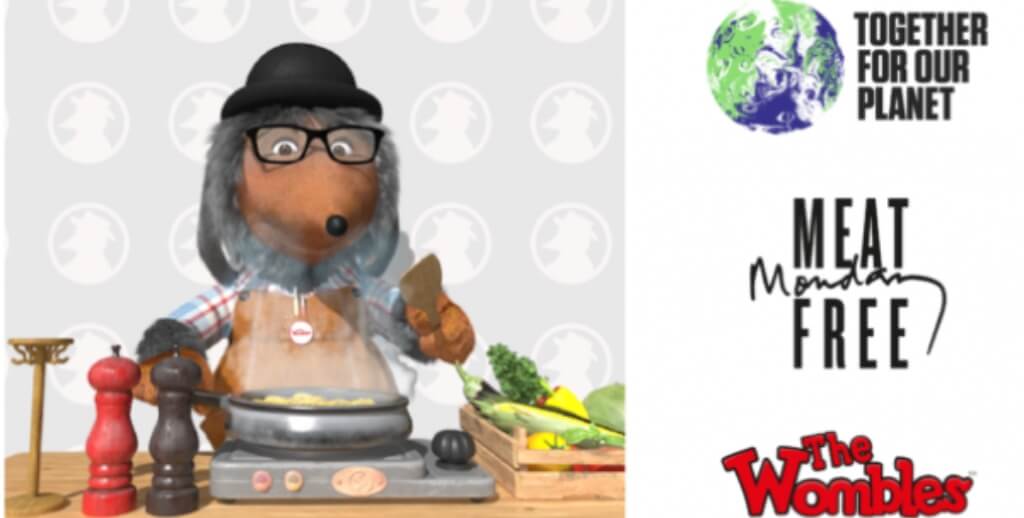 “Reducing the amount of meat we eat is good for the planet, good for animals and good for our health.”

The collab is part of the One Step Greener campaign for COP26 to encourage all people to eat less meat for the sake of the environment.

The classic children’s characters like the Beatle star are known to champion positive environmental behaviour as Wimbledon Common’s famous litter-pickers.

And now they will promote Meat Free Monday – a campaign launched by the McCartney family back in 2009.

Paul’s new found furry friends will create two family-friendly plant-based recipes. Each of the recipes will be presented in a short, animated film featuring one of the famous Wombles characters – Madame Cholet’s Chilli Non Carne and Tobermory’s Corn and Courgette Fritters.

The songs featured in the recipe films have been composed by the Paul himself.

“We love the Meat Free Monday campaign,” Great Uncle Bulgaria, on behalf of The Wombles,  said.

“Reducing the amount of meat we eat is good for the planet, good for animals and good for our health.

“We hope that the super tasty recipes created by Madame Cholet and Tobermory will encourage everyone to go meat free for at least one day a week.”

The second recipe video will be aired on 8th November.

Apart from cooking plant-based recipes, The Wombles have  already featured in several animated films explaining how we can all go #OneStepGreener by travelling smarter, reusing and upcycling, growing and eating food in season, reducing food waste, planting trees, and creating wildlife friendly gardens.

Share this story: Paul McCartney and The Wombles team up for Meat-Free Monday campaign.