Percy Piggate: Fanatics Are Furious Because The Whole Range Is Now Meat-Free, And Vegans Are Baffled | Totally Vegan Buzz
Skip to content

Percy Piggate: Fanatics Are Furious Because The Whole Range Is Now Meat-Free, And Vegans Are Baffled 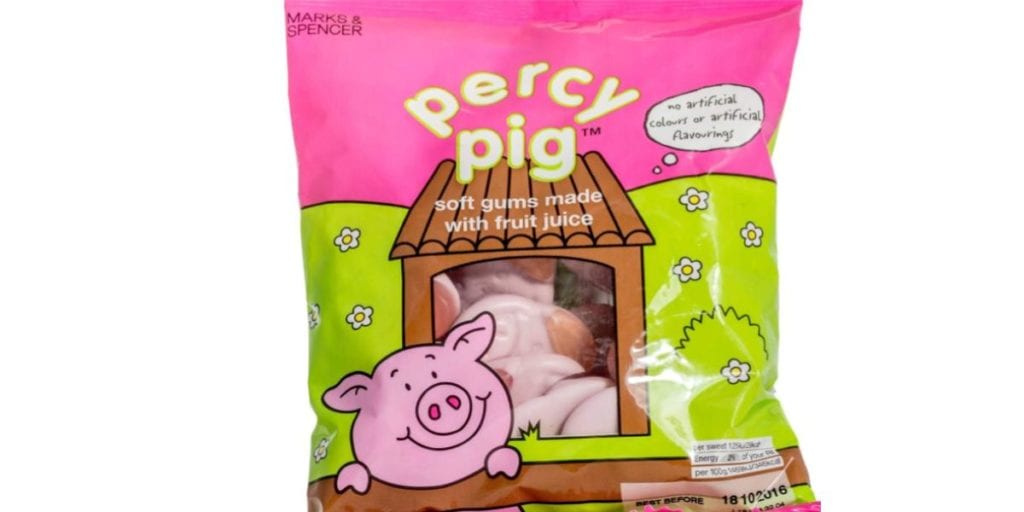 Marks and Spencer has tweaked its Percy Pig recipes to make the entire range meat-free, and lovers of the sweets have reacted with fury.

Percy Pig sweets have achieved an almost cult-like status in the UK, with its Facebook appreciation society now boasting 215,000 members.

The classic version contained gelatin and was therefore not suitable for vegans or vegetarians, but the supermarket has now changed its recipe to make all the sweets veggie.

Gelatine is a protein obtained by boiling skin, tendons, ligaments, and bones of animals – usually pigs or cows.

Back in 2011, as more consumers dropped meat from their diet, M&S introduced a veggie, gelatin-free version.

But now the supermarket has removed gelatin from its entire range, making them all veggie-friendly.

Vegans should check the recipes of veggie Percy Pig packets as some varieties contain beeswax and are not suitable for milk allergy sufferers, and are therefore not totally plant-based.

Marks and Spencer said in a statement: “After a lot of hard work (and tasting) we’ve finally perfected a 100% vegetarian Percy – something our customers have been asking us for, for a while!

“Rest assured we’ve tested the new recipe thoroughly to make sure he’s as close to the original as possible and we have haven’t changed any of the really important things that people love about Percy; the flavour is the same, he still has real fruit juice and never has artificial colours or flavours.”

Good Morning Britain presenter Piers Morgan predictably jumped on the bandwagon and criticised the decision to remove gelatine from the sweets.

He said: “Vegans and vegetarians, go and get your own sweets. Seriously, go and get sweets that aren’t called Percy Pigs. Go and get ones called ‘Kale Nicies’ which taste disgusting and you can all be happy because they’re made of kale.

Despite the reassurance from M&S, meaty Percy Pig fanatics were outraged by the decision to tweak the recipe.

What do you think of Marks and Spencer’s decision to make Percy Pigs vegan? Tell us in the comments section below!