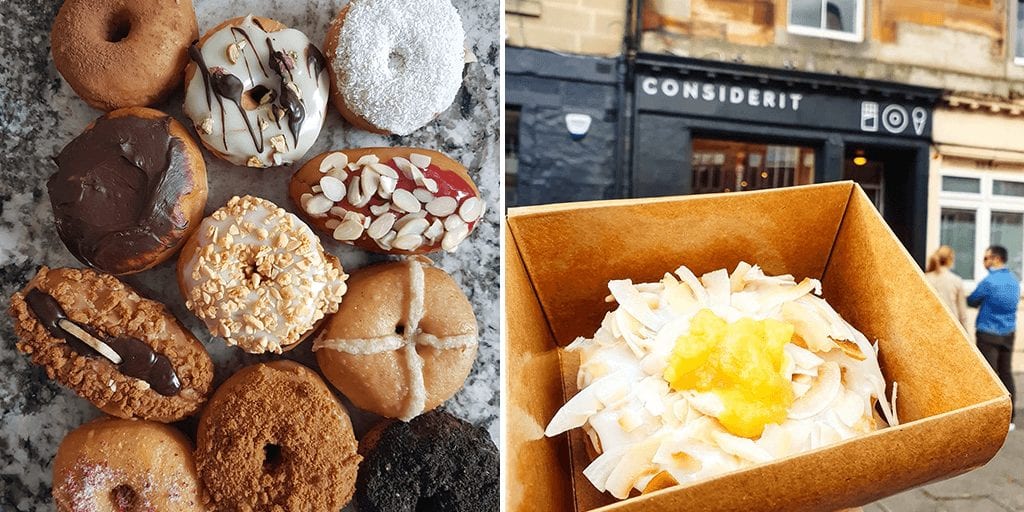 “The popularity of vegan living is growing as more and more people recognise that eating vegan is better not only for animals but also for our planet and our own health.”

Run by father and daughter duo Barry and Claire Baker, the venue is renowned for its creative and absolutely delicious doughnuts including tasty chocolate Oreo and blueberry cheesecake varieties.

Co-owner Barry Baker said: “We’re thrilled as an independent family business to have received the award, and we are humbled that our doughnuts are recognised amongst the best plant-based products from major national brands.”

Announcing winners for 24 categories, PETA said: “The popularity of vegan living is growing at an astonishing rate as more and more people recognise that other animals have just as much of an inherent desire to live as we do – and that eating vegan is better not only for animals but also for our planet and our own health.

“As a result, you’ll find delectable animal-friendly options almost anywhere you go to shop or eat.”

‘Wouldn’t be here without you’

While the pandemic has shuttered many food establishments, Considerit has managed to thrive despite the challenges.

Co-owner Claire Baker said: “The support we received from all our customers over the last six months has been phenomenal.

“We’d like to thank everyone who has supported us with kind messages, introduced a friend to the brand, or ordered a doughnut delivery – we wouldn’t be here without you.”

The shop is currently operating a take-away service, from Wednesday to Sunday in line with the government’s lockdown restrictions and plan to re-launch their doughnut deliveries in time for Halloween.

Other brands to bag awards include KFC, which picked up the title for Best Vegan Chicken, and Tesco Plant Chef scooped Best Vegan Range.