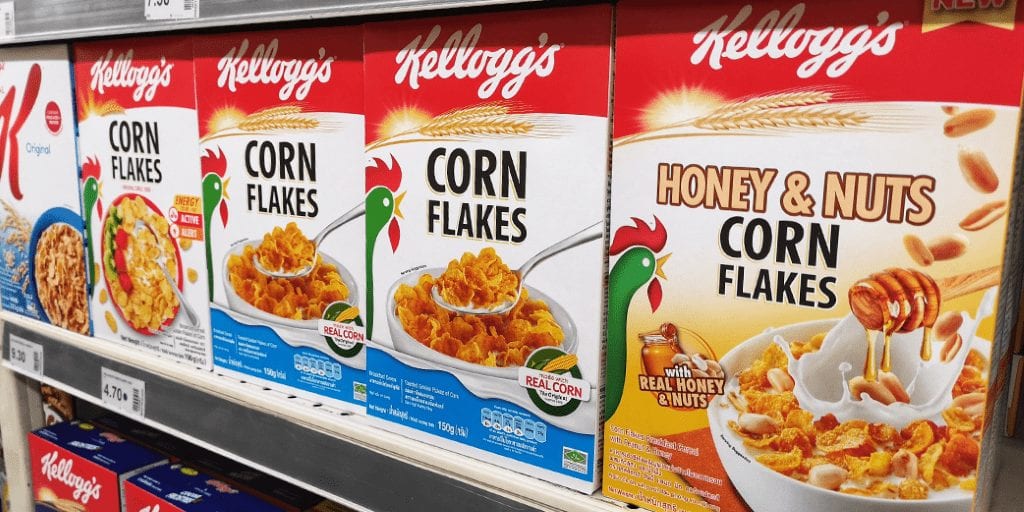 The food company has been urged to ditch animal-origin vitamin D sources in their cereal line.

Kellog’s cereals are popular across ages and the company has a wide range of cereal products fortified with vitamins and minerals to meet nutritional needs. However, the vitamin D currently used in most of Kellogg’s products is extracted from lanolin, a waxy substance derived from sheep’s wool.

The petition urges the food company to replace the animal-derivative to either vitamin D2 or a plant-based source of Vitamin D3 in all of its cereals.

“Vegans avoid wool and products made from wool for a number of reasons. Firstly, there is an inherent link between the wool industry and the meat industry. Additionally, undercover investigations into the wool industry have shown abuse and horrific treatment of gentle sheep during the shearing process,” states the Club in its petition.

Lending support to the campaign Animal Aid said: “This simple swap does nothing to alter the taste or quality of the product, but it does open it up to a huge and ever-growing vegan market.”

The campaign has already gathered more than 2000 signatures.

Many, food retailers and supermarkets are tweaking their products to make it vegan friendly.

Last year, Animal Aid, one of the UK’s largest and oldest animal rights organisations announced that supermarket Asda changed the Vitamin D in its own-brand cereal range to make the products vegan.

Tod Bradbury, Animal Aid Campaign Manager said in a statement: “At a time where many people are either adopting a plant-based diet, or wanting to incorporate more vegan food into their diets, it has never been a better time for companies and businesses to increase their vegan offerings.

“Whilst Kellogg’s does have some delicious vegan cereals, by making this very small change which will not compromise on taste or quality, they will be opening themselves up to the biggest growing market. This very simple move will make many Kellogg’s products are suitable for vegans – and indeed anyone else. There is no downside.”

Do you think Kellogg’s will act on the petition ? Share your thoughts in the comments below!