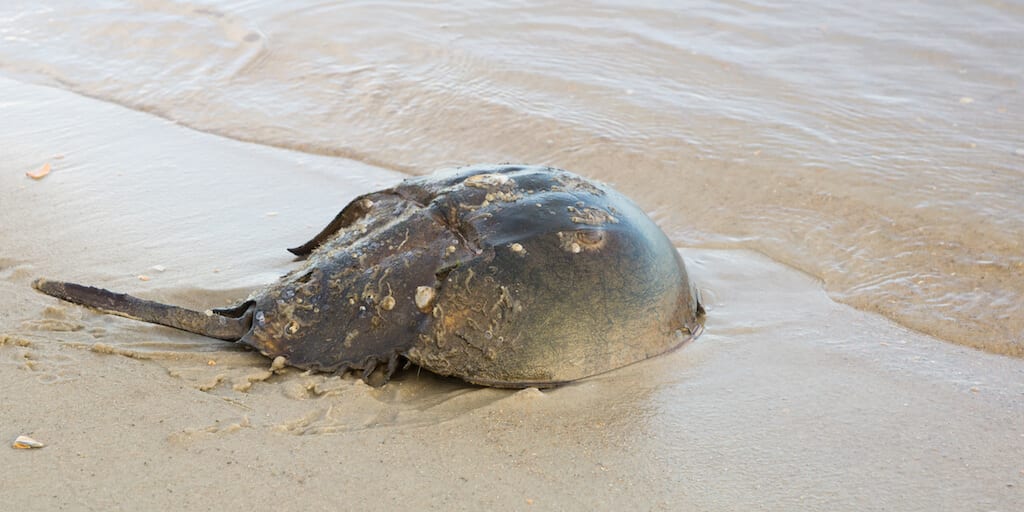 ‘Action must be taken now, or species like the horseshoe crab will disappear from our landscape forever’

Wildlife advocate efforts to push Pharma giants to switch to a synthetic alternative for bacterial safety tests instead of relying on the use of horseshoe crabs’ icy-blue blood has been dashed after the United States Pharmacopoeia Convention (USP) went back on its decision to grant equal status to the synthetic variant.

According to USP, the synthetic horseshoe crab blood substitute called recombinant factor C (rFC) could not be listed alongside industry-standard crab blood due to lack of sufficient data.

“Given the importance of endotoxin testing in protecting patients…the committee ultimately decided more real-world data [was needed],” USP declared in a statement.

“This means drug companies seeking to use it must continue to do extra validation work, to guarantee their methods of using rFC tests match those of tests made from horseshoe crab blood,” reported the Guardian.

“The decision gives the drug industry fewer incentives to end its reliance on animal-based tests.”

The toxic molecules can kill humans if they enter the bloodstreams, which is why crab blood has become the gold standard in testing bacterial contamination of vaccines.

Since the discovery of crab blood’s medical potential in the 1970s, around 500,000 crabs are harvested annually for this use, pushing the species to a near-threatened status.

According to wildlife advocates an estimated 70 million horseshoe crab blood endotoxin tests are carried out annually.

These numbers not only impact the crab population but also the coastal ecosystems since many coastal birds, including the vulnerable red knot species and fish species rely on horseshoe crab eggs as their major source of food.

In addition, scientists estimate that up to 30 percent of horseshoe crabs used for their blood die after the procedure.

“It is unfortunate that biomedical research still relies on the harvesting of a vulnerable wild animal population when there is a simple, effective, sustainable replacement,” says Ryan Phelan, a campaigner with conservation group Revive & Restore.

The synthetic equivalent, rFC, was developed in the 1980s, which include Lonza’s as well as one developed by French biotech company bioMérieux.

Although the alternative, which is derived from the chemical makeup of the real blood, but manufactured without any animal material has been increasingly used in medical research; use of horseshoe crabs, still, remains prevalent.

The Horseshoe Crab Recovery Coalition (HCRC), an umbrella organisation formed by several conservation and animal rights groups has been trying to discourage the use of  horseshoe crab to not only save the threatened iconic species from “years of overharvest for bait and biomedical bleeding” but also promote the use of rFC especially in the wake of the development of a vaccination for COVID-19.

“We have formed the HCRC with the intent of calling public attention to a growing crisis along our shores,” said wildlife biologist Dr Larry Niles.

“Despite years of conservation work by government entities and non-profits who care about the health of our shoreline ecosystems, we are not seeing the results we need. Action must be taken now, or species like the horseshoe crab will disappear from our landscape forever.”

He said the group also worried that a new COVID-19 vaccine could further increase the demand for horseshoe crab blood in the absence of a suitable alternative.

He added it was “irresponsible” of USP to delay approving the synthetic alternative despite evidence of its efficacy already being established.

“We expect that there will be a great need for a biochemical to test for contaminants, and it should be the synthetic,” he said.

Jay Bolden, a biologist at Eli Lilly- a leading pharma company which has switched 90% of its safety testing to rFC since 2016, said there was sufficient scientific evidence from more than 40,000 samples tested by Lilly to support the synthetic’s comparability with crab blood.

“And that data is out there, and it’s either not being looked at or it’s being ignored,” he told Reuters.

“There’s no reason the USP should be asking for more data.”

He added that hundreds of compounds are currently being tested for possible COVID-19 vaccines, and many of those would have to be screened for bacterial contamination.

While he refrained from quoting how much more demand the new compound testing would create for the crab-based product if the pharma industry continued its stance on crab blood he said: “If 300-400 new compounds need to be tested for endotoxins, clearly more test reagents will be needed.”

Is the Pharma industry right in insisting on horseshoe crab blood for endotoxin safety testing? Share this story to let others know.